An Interview with Steven Melendez

Following his recent retirement from New York Theatre Ballet after an international career, Steven Melendez was recently appointed artistic director of the National Dance Institute of New Mexico’s Hiland Theater in Albuquerque, where he leads the after-school instruction in ballet, jazz, tap, modern, hip hop, and musical theater. NDI is an organization that goes into the public schools and teaches dance classes to kids. For students interested in continuing their dance education, they go through the after-school program. Here, Steven shares his goals in his new position, as well as how his past uniquely informs his ability to connect to his students, especially those who are underserved. 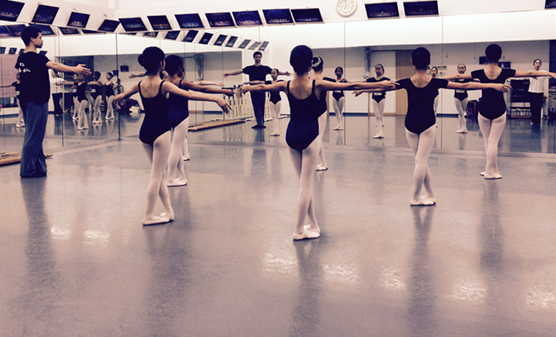 Can you tell me a little about your background, particularly how you got into dance and some highlights or key points from your career?

I started dancing when I was seven. I was living in a homeless shelter in the South Bronx, which is the worst part of the Bronx in New York City. I was living with my mother and very young sister. One day, a woman walked in and announced that anyone who wanted to take ballet lessons was welcome to come with her. My mother said I should, but I was adamant that I shouldn’t because I thought ballet was for girls. You can’t argue with your mother, so I started ballet lessons. About a year later, I was cast in a small part in the Nutcracker. I was a mouse, and I really loved the experience being onstage and taking a bow. It spoke to me.

Since then, I’ve been dancing. I auditioned and joined a company when I was 14 years old. I got to travel around the US and do some international tours with New York Theatre Ballet. I saw and heard so many things most people coming from a homeless shelter in the South Bronx would never experience. It opened my eyes to a different way of existing in the world.

Around that time, my mother and I got into another argument. She wanted me to go to college, and I wanted to be a dancer. In a fit of spite, I took a contract in Argentina and left. I was 17. I had a great time in Argentina and got to see incredible people and places. Eventually I got homesick and came back to NYC, but I wasn’t home for long before I took another contract in Estonia for a few years. That was special because ballet has this Russian heritage; being in Estonia showed me a culture that respects the classical forms. In the US, we don’t have government funded theaters and national companies. In Estonia, I saw how anyone could go see a ballet, and that everyone understood and appreciated the arts. 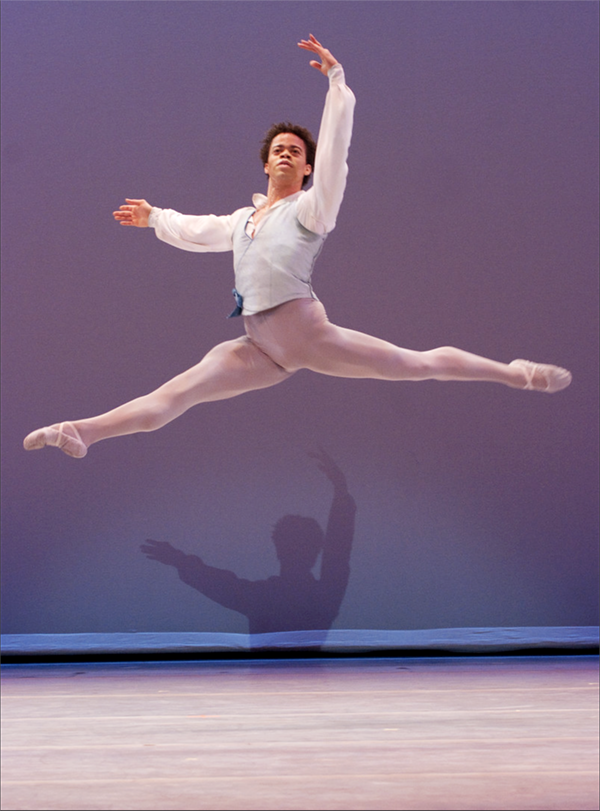 I came back to NYC and rejoined New York Theatre Ballet. I was a principal there for a long time. I retired last year with a handful of injuries. It ends up my mother was right: you can’t dance forever. Then the opportunity to work at the National Dance Institute of New Mexico came up.

What brought you to New Mexico to work with NDI?

A couple of years ago, I was asked to be the director of the LIFT program that New York Theatre Ballet runs and that I came through. It mentors homeless and at-risk children through dance by cultivating respectable and responsible young adults through the discipline and work ethic that dance teaches. It’s a small program; the whole New York Theatre Ballet school is maybe 150 kids, and 30 to 40 of them are LIFT students. It was a great experience, and with my background I was able to connect with them well.

I’m not sure who thought I’d be interested, but in January I got a call saying NDI in Albuquerque was looking for a new director. And I was interested.

NDI has a handful of different programs. It has the amazing outreach it does in the schools, and then it has the Hiland after-school dance training program, which I’m now the director of.

What experience from your career feels particularly applicable or relevant in your new position?

What was really special about the LIFT program was that the students were mixed in with other students who were not part of the LIFT program – paying students who came because they or their parents wanted them to study dance. In the class, everyone wore the same dress code and did the same plies and tendus. Nobody knew who was a LIFT student or a paying student; they were all just dancing.

What I’m doing here at the Hiland is quite the same. There are certainly students who are at-risk or below the poverty line, and then there are students who aren’t. They all take class together because dance doesn’t discriminate in that way; if you can do the turn, you can do the turn. If you fall over, it just means you need to practice more. It doesn’t matter how much money your parents have. It doesn’t make you dance better.

I understand that coming from my background and am able to connect with students coming into a ballet class who might not think it’s for them because it’s too ritzy. I’m the proof that’s not the case. I can explain that to someone who maybe feels insecure or like they don’t belong. 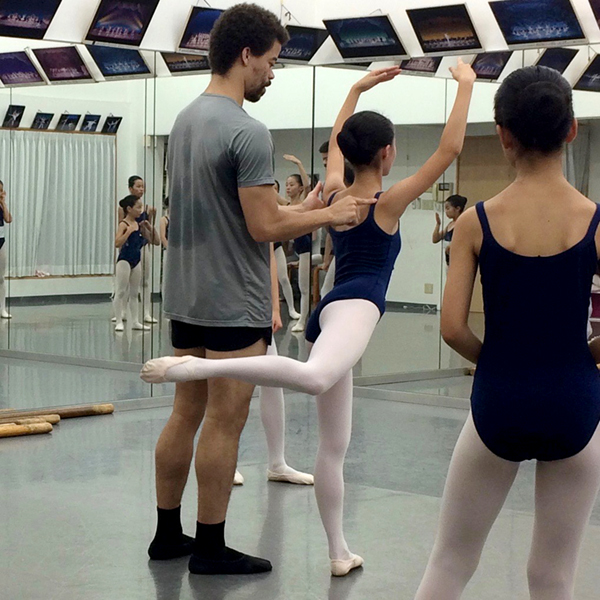 What are you most excited about?

I’m most excited to build up the program. NDI has been in New Mexico for a long time. It is established; it has policies, procedures, facilities, a student body, an alumni database and donors. It’s an institution. I’m excited to specifically take the Hiland program and grow it into a high-quality competitive dance academy. The Hiland Theater needs to become the place for dance in Albuquerque. If someone has a dance-related question, they should come to us because we have the answers.

Being from New York, I considered New Mexico a fly-over state. When I’ve been on tours throughout the country, it’s not really considered a place to stop to give a ballet performance. I think that’s a shame. Last year, NDI sent two students to Juilliard. That’s crazy. Juilliard only accepts about 30 kids every year. To have two of them come from NDI is great. There is high quality dance happening here, but I don’t know if the rest of the world knows about it. I’m hoping that, through my connections, I can start to bring in outside influences into the Hiland and also export what’s happening at the Hiland out to the rest of the world.

What do you foresee might be some obstacles you’ll have to face?

I’ve been here for a month, and I’ve had more than one person ask to buy acid off me. There’s a methadone clinic a mile and a half away from NDI. I’m from the Bronx, so I’m familiar with it, but it’s frustrating to me that these problems in society still exist.

There’s a documentary filmmaker, David Petersen, who is making a documentary on my life. He started filming me 10 years ago. He filmed me when I was a dancer coming out of the LIFT program and travelling around the world. Then I became the director of the LIFT program, and he filmed me going into the shelters and working with the kids. We had an interview right before I left New York, and I found myself listening to myself explain to him how it frustrated me to no end that after 10 years the film was not over because there are still the same problems that lead to homelessness. It makes me want to do all I can do at the Hiland with the couple hundred students who I get to mentor and work with.

There are some kids who are spoken to through math and science, and others who are artists. You can tell them they need straight A’s, and they’ll look at you like, “This is not my world.” We need to connect with those kids, the artists, on a different level. Dance isn’t for everybody, but for some, it is everything. It gives them the discipline and work ethic that will be necessary in their lives whether or not they are dancers.

How do you hope to expand or grow in your role in the future?

There are a handful of ways I want to make sure the Hiland is making an impact in Albuquerque. One of them is through a springboard series I’m excited about. It’s a lecture/discussion series with people on dance to promote dance history, culture and appreciation. We’re starting with people in Albuquerque, since the city has many important dance people. Once I get funding for it, I’d like to bring in some of my dance connections from around the world as well. The series is free and open to the community. Not only are these valuable seminars for young dancers to understand why they go into the studio and practice their plies and tendus, but also for the parents of dancers who need to understand its more than just exercise. It’s also for total strangers who might see the word ‘dance’ in a newspaper or on a billboard and think it’s interesting while also thinking, “That’s not for me.” Dance should be accessible, and it can be if more people learn more about it. 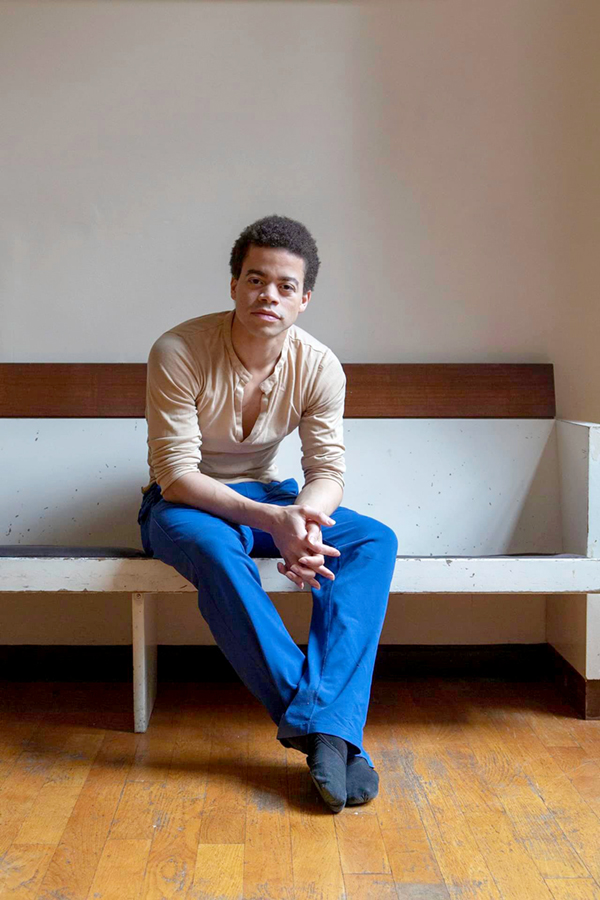