One year ago, my book, “Beauty is Experience: Dancing 50 and Beyond,” finally, after four years of hard work, patience, many lessons, and a few tears, came out! Hooray! The photographer with whom I collaborated – Gregory Bartning – and I printed a first edition of 500 copies, and we were glad to have pre-sold 200 copies in order to pay for the initial printing and shipping costs. Hooray! After getting the book on Amazon and going on a couple small promotional tours, more books sold. Hooray! I became a regular at the post office as orders came, and basked in the praise and congratulations I received from readers and supporters. Hooray!

One year later, it’s all ebbed, all the excitement and novelty. Sales have slowed to a trickle, and I’ve almost completely backed off marketing. After so much hype, the feeling is a little bitter sweet. But I’ve caught the book bug; I’m already on to the next project – a book about disability in dance.

I want to take a moment though to examine hype. I experienced a fair amount of hype in the months before and after the book came out. My book was no bestseller by any means, but it did attract a bit of attention and acclaim.

I cringe a little at that last sentence: “My book was no bestseller by any means…” Did I fail to take in the premise and content of my own book? 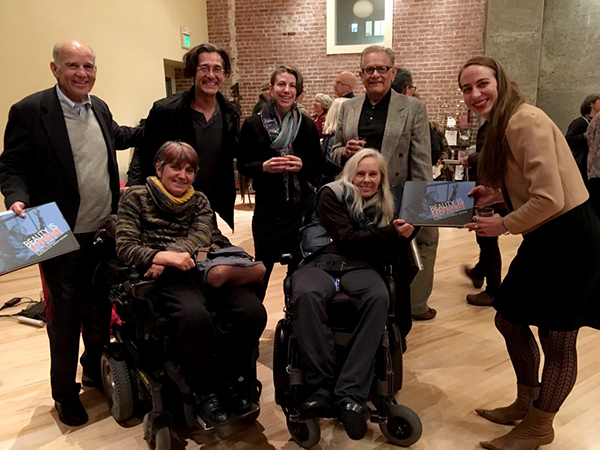 About ten years ago, while dancing my little heart out in San Francisco, I went through a stereotypical artist crisis where I decided suddenly that I needed to quit dance. I can’t even remember the reasoning that time (yes, there have been multiple episodes of thinking I should just quit and go lead a normal life, whatever that means), but I do remember speaking with my mentor, Summer Lee Rhatigan. She spoke of pursuing dance like being married. Of course it’s not easy to have a deep and layered relationship with something (or someone) that’s been in your life for a long time, but it’s a rich and meaningful journey.

I’ve come to love the idea of one day being 60 and having a completely different understanding of my body than I have now, still through a strong commitment to dance. I love the idea of reading this essay in 30 years and cringing at my own audacity writing this. I love the idea of layers upon layers of years and their accompanying sweat stains culminating in dances I can’t even fathom! 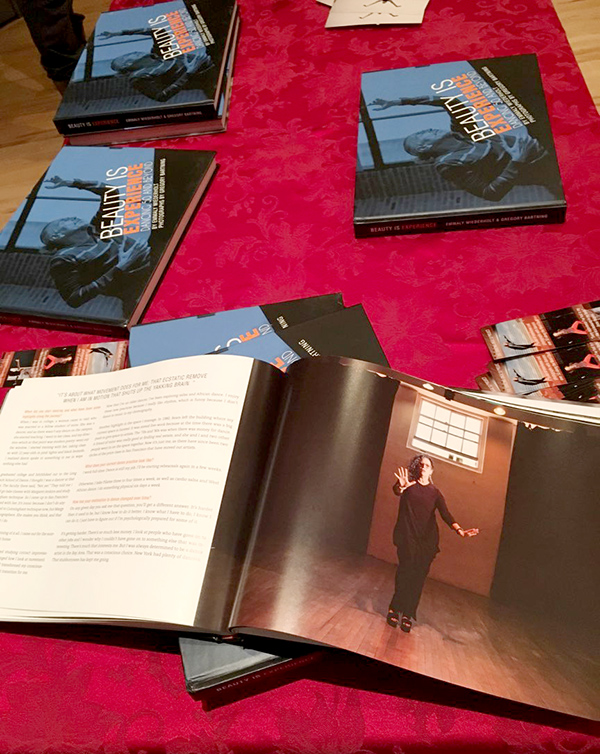 Writing a book, I’ve found out, is like putting on a performance, but drawn out. There’s the same search for ideas and resonance, the same study of content, the same sheer grit work, the same administrative duties, the same much anticipated public release, the same buzz and praise, and the same withdrawing of attention. I even have the same relationship to my book that I have to old performance videos – I don’t want to examine it too closely. What if I find errors? What if it no longer holds up?

However, my book is a little more accessible than a performance video on my personal hard drive. It still can be readily picked up and read by anyone. The content can still be perused and explored.

I don’t, however, want to quantify my success or lack thereof by hype. Just like I cringe when I hear myself say, “The performance was great – we had a full house,” instead of, “The performance was great – the energy from the audience allowed me to explore the choreography from a new vantage point,” I don’t want to say, “I published a book, sold the majority of the copies, and got some acclaim for it.” Instead, I want to try saying something like, “I published a book and experienced new ways of sharing and distributing ideas.”

Just like the dancers in my book, when you keep doing something for a long time, the hype ebbs and flows. What’s most important is the experience gathered along the way.

That being said, there still are a little more than 100 books available for sale on Amazon. And I just knocked $15 off the retail price! Hooray!