Michael Doran and his recently deceased partner, Barry Lynn, founded Chalicestream, a dance center in the north woods of Wisconsin. Over the course of 40 years, they built a practice and following that continues to flower to this day.

This interview is part of Where Dance Is, a series of interviews with dance artists working outside major metropolitan centers. 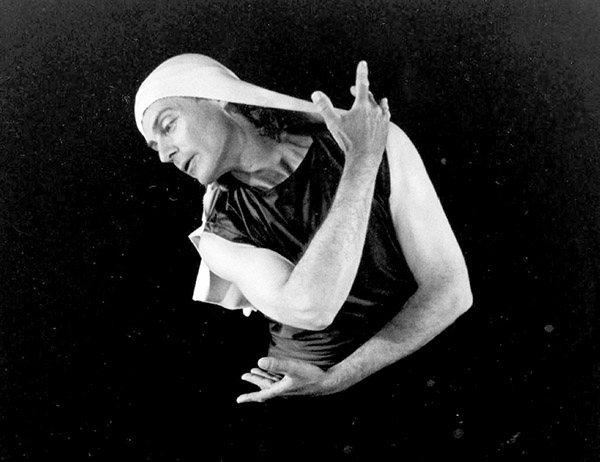 How did you come to be based in northern Wisconsin and found ChaliceStream?

In 1978, Barry Lynn and myself moved Lynn Dance Company from Salt Lake City, Utah, to an abandoned farmstead in northern Wisconsin which had belonged to my grandparents, an unlikely place for two men to transplant a dance form that struggles even in the city to attract audiences. But my personal connection to that land through years of summer visits with my grandparents, as well as Barry’s readiness to leave the trendiness that so often drives art in urban culture, brought us to pioneer our art in the north woods.

We named our home “ChaliceStream” to symbolize the role art plays in spiritual uplift and nourishment. Like a stream, art opens channels.

One of our first projects was placing a studio on the property. We acquired the former Willard Center School building, a vacant wooden one-room schoolhouse which sat in the adjoining township, and had it moved onto our premises. That building has now served us 40 years as a teaching and performance space, as well as our dwelling. 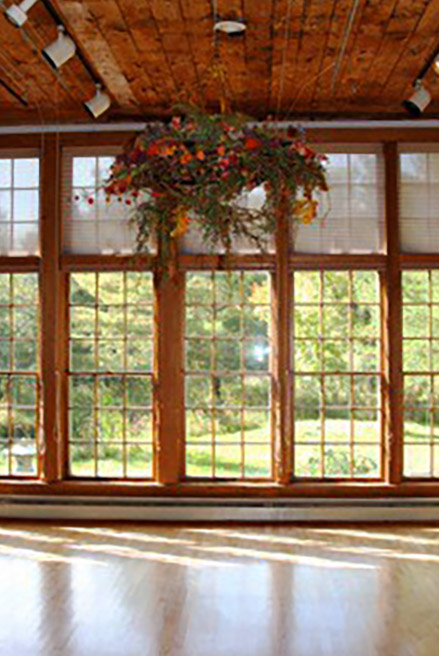 Can you describe your current dance and teaching practice?

Our teaching, geared toward adults’ bodies and sensibilities, is based in the modern dance tradition, where movement arises from the need to express rather than follows a preset vocabulary. Emphasis is placed on centering movement in the torso, where emotion is born and where physical balance and outreach begin.

Although our method of physical training effectively strengthens and stretches the body and promotes general fitness, the underlying spirit which motivates our regimen seeks to express human experience so that, in the process, the student is devel3oping both the inner and the outer person.

Some students value the training simply as a means for personal well-being, while others apply their training to developing themselves as dance performers. Those who choose to perform have the opportunity to show their creative work in concert during seasonal performances given at ChaliceStream.

To enhance adult student enrollment, we opened a second studio in 1999 at Banbury Place in Eau Claire, and travel there weekly to teach.

How would you describe the general dance scene where you live?

Local residents here probably view dance more as a social activity or mode of exercise than as an art form. If they do watch dance performance, they most likely tune in to programs such as “Dancing with the Stars.” Some adults may participate occasionally in line dancing or “move around the floor” at wedding receptions, and a few may enroll their daughters in ballet class, if a teacher is available, but few appreciate dance as a vehicle for expressing ideas and emotion. 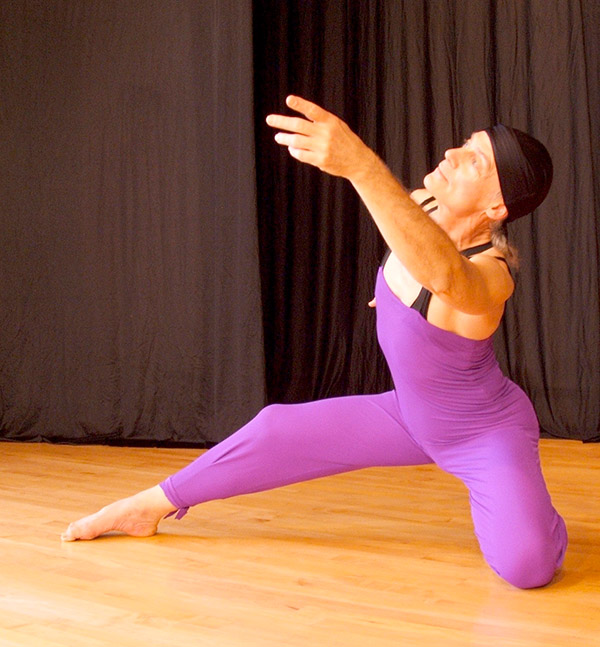 What do you perceive are some benefits to working where you live?

The benefits of working where we live are twofold. First, our studio home frees us from having to rent space to teach and perform. Second, presenting our style of dance outside the confines of an urban arts culture allows us to draw audiences who evaluate what they see here on the basis of whether they personally like it rather than being influenced by what dance critics in the cities might say.

What are the drawbacks?

The liberating benefit of building something yourself in an uncommon place has a flip side, of course. You cannot piggy-back on the work of your predecessors. You must shoulder the burdens of educating a public who initially may see no need for what you’re offering.

What do you perceive your influence has been on the community where you live?

My life partner Barry died January 27, 2018, two weeks shy of reaching his 104th birthday. At the memorial service, many spoke of the deep impression Barry made on their life, chiefly in the fact that he was authentic, that he never let disfavor or convention pressure him to conform. Of course, his artistry and personal charm, as well as the way he made our audiences feel at home and delighted them in performance and empowered his students to be creative, were also memorable and will have lasting impact on many of those who studied or attended performances here.

Barry and I never started a wave in this community; however, we did set a current in motion which continues to serve those who’ve either come here or will in the future avail themselves of its potential to stimulate and enhance their lives. 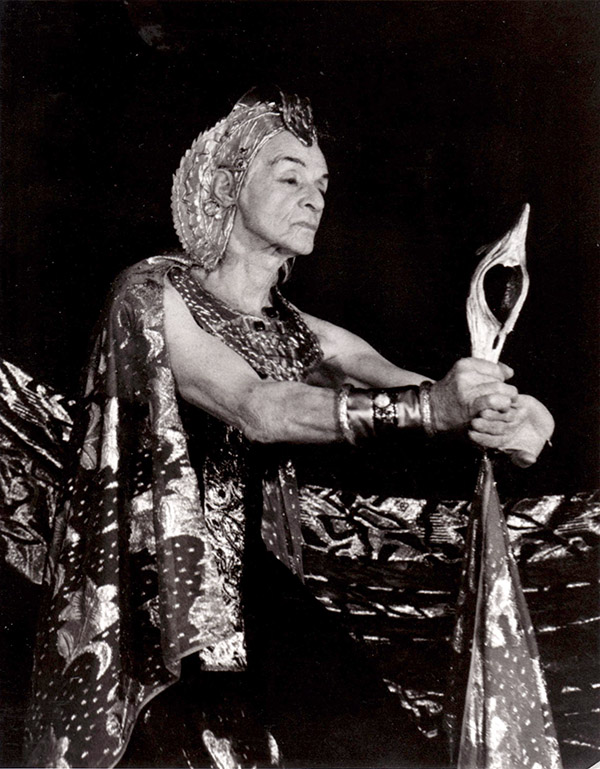 If a flower blooms in the woods and no one passes by to see it, has it wasted its beauty? That is the nature of the question my partner and I have been asked many times after we relocated our modern dance company from an urban environment to an abandoned farmstead in Wisconsin’s north woods.

Surprisingly, we have danced here 40 years, and successfully. But, in that time, had there not been a soul who came to see our art, we would not have ceased to create it, in the same way as that flower in the woods cannot but offer what it has regardless of whether anyone witnesses it. Its beauty must be expressed ere its life is passed. Only its failure to do that would be a waste.

Barry Lynn (1914-2018) was a dramatic dancer, an actor using movement as his medium, a teller of tales both legendary and real, a visual artist who reveled in color and design.

Communication was always his foremost intention, so he used whatever he needed on stage to facilitate the expression and articulation of his ideas, despite the notions of his dance critics who often disparaged his use of set pieces, properties and imaginative costumes as being borrowings from the theater.

He preferred to work as a solo dancer, emphasizing the choices the individual must make in achieving a meaningful life. Chief among these was being true to the self, the keynote in his teaching, performing, or daily living. He strode through barriers in life and did the same onstage, beginning his concerts by waiving the boundary that separates performer and audience, stepping forward onto the apron to address his guests with an air of both command and concern, inviting them to join him on this journey of discovery.

After years of touring out of his base in Salt Lake City and working on the production staff at the University of Utah, he and his partner, Michael Doran, moved to northern Wisconsin, where they established a teaching and performing facility they named “ChaliceStream.” There, for 40 additional years beyond his retirement age, Lynn was able to have his own studio space in which to teach and perform, and to present his style of dance to “non-purist” viewers, who liked it or not, judged on its own merits and appeal.

In Lynn’s memorial celebration, Doran noted that his beloved partner had been “an alchemist, able to take commonplace materials and convert them into stage-worthy properties, even as he encouraged people to transform their lives by transcending their fears. He was a master of turning dross to gold.” 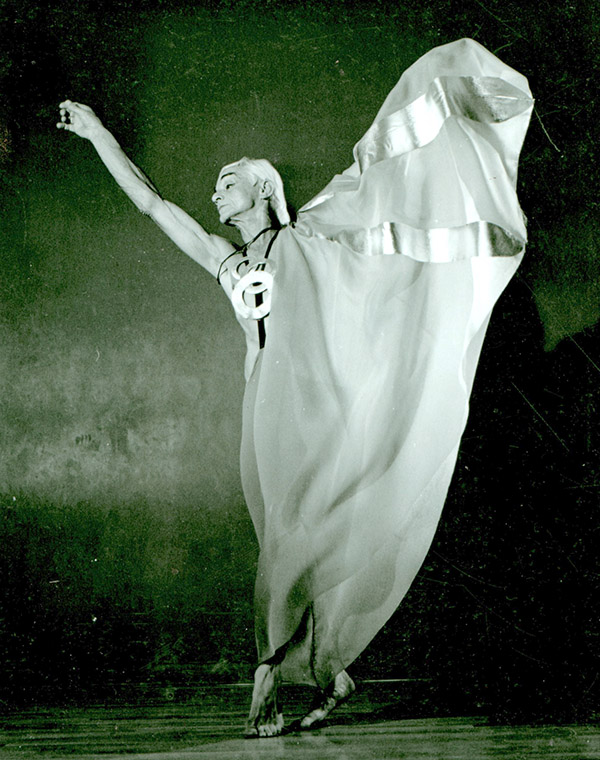 4 Responses to “A Flower in the Woods”