An Interview with Jack Gray

Jack Gray is the artistic director and founder of Atamira Dance Company, a contemporary Māori contemporary dance theater company in Auckland, New Zealand. In this interview, he discusses the making and the impact of one of his most successful pieces, Mitimiti, and the obstacles to presentation Indigenous dancemakers face.

This is the second part of a two-part interview. To read the first part, click here. 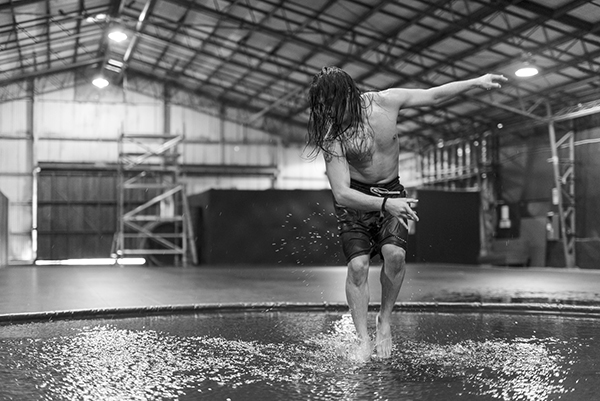 What is Atamira’s relationship between performance and process?

To illustrate that, I’d like to talk about a work that I made called Mitimiti. That’s also the name of where my ancestors come from on the north island of New Zealand. One of the things I wanted to achieve was to make a physical and spiritual connection to a place I’d never been, as my grandmother’s generation had moved from there as part of an urban drift in the 50s and 60s. Most Māori families moved away from their traditional homes into new cities. It was post war and we were integrating. My parents and I grew up in that experience.

The work asked: How do I make a contribution to the place that I know is my standing place, but I’ve never physically been to? What came out of that was a long five-year process. I started writing about it, and co-authored an essay with Jacqueline Shea Murphy, a professor of dance studies at UC Riverside. She helped me develop a way of talking about my methodology through writing. We published a paper called Manaakitanga In Motion: Indigenous Choreographies of Possibility. I was writing my way into being present in Mitimiti, but I was presenting the writing in Hawaii and California, which I found ironic and interesting, that I was becoming closer to the place I wanted to know by going farther away from it. It made sense to me, as different ears can bring different angles of solidarity. Back in New Zealand, urban and rural Māori are looked at as quite different, even though of course we’re not. How do I understand what it is to be ‘other’ in my own?

Eventually, I created a relationship with the place, and visited it with the dance company. This was pivotal in creating my idea of what dance research is through intercultural exchange, and also deepening the understanding that the land itself is a primal driver and participant in the work. It’s not just an idea, and it’s not just my own pretense. It’s part of the process, how the unknown becomes the known. I went and made those relationships, and then we created the work.

Mitimiti was performed in a theater, but we challenged the fourth wall by taking it away completely. We took out all the chairs and made it a gigantic open space, in which we had to bring several things into relationship. One was people’s impressions of what it means to come into a theater, how to act, and what they expect for their money. Another thing we tackled are the strict cultural protocols that govern coming into a Māori environment. In my country we have a certain methodology called powhiri, a way in which we go into each other’s lands and marae (traditional houses, similar to a longhouse). But I didn’t want to do that. The performance was not really in a theater, and it was not really in a traditional home either. I had to ask myself: What is this, and how do we deal with the space without having to give a lecture or write it out?

What we ended up doing was developing an interactive engagement with the audience. They came into an open space where the dancers were already moving, using chalk to create hieroglyphs on the dance floor. There were piles of chalk everywhere, giving people an open invitation to pick up a piece of chalk and contribute. It made visible everyone’s intention. Some people used words, others used markings, but it was a way of using mapmaking to create an abstract relationship to the space. We came into a negotiation, and it became highly social. Of course, we also used other elements like lighting, sound, highly choreographed dance, interjections of spoken word, and we finished with a round dance.

We had global guests who were invited to participate in a series of events in and alongside the performance. We had a forum after the opening night, and the next day we had different activations to talk about installation and ceremony, things happened on the street outside the theater such as traditional smoking practices, and there were installations from native and Pacific artmakers in the foyer. Many different ideas were being alluded to around the actual performance. The circle at the end of the piece was a reference to these global connections.

Who is your general audience? Is it Māori people or white New Zealanders, or a mix?

We use the word Pakeha for white New Zealanders. It’s a contentious word, as they may or may not use it to refer to themselves. The majority of any theater audience in Auckland is most likely white women, age 30 plus. Generally, theater space is looked at as a situation for the middle to upper class. Obviously, we’re a Māori performance group, but our performances are mostly attended by non-Māori people. That’s always been the case, and that’s the case across the board. The fact has been highlighted at different festivals over the past 20 years. The country is definitely trying to address these things. I wouldn’t say this problem is specific to Atamira. It’s genre specific and economically specific.

How I addressed that in Mitimiti was I began a campaign that went viral. It was basically #Mitimiti #WhereYouAt, and then I gave an example, so for me it was #Mitimiti #TamakiMakaurau. Tamaki Makaurau is the traditional name for the territory of Auckland City. Wherever you are, hashtag Mitimiti and then hashtag the indigenous name of the place where you are. It was about audience development, but it was also driven by the need to show what connection can look like.

Back in its heyday when Mitimiti was a thriving community, the village probably had between three and four thousand people. Today, Mitimiti has about 60 people in its settlement, and might go up to 100 on special occasions. The people of Mitimiti were so uplifted by the whole process. There was a spotlight shown on them in a way that hadn’t been for generations. They really embraced it, and started owning the hashtag. They made their own t-shirts. They reposted all the photos of the performances that were on social media. Generations of family members who had been disconnected from Mitimiti were able through this campaign to make themselves visible. It spread to people in Australia who had been there for generations but who knew they traced back to Mitimiti. The performance and campaign turned into a vessel. 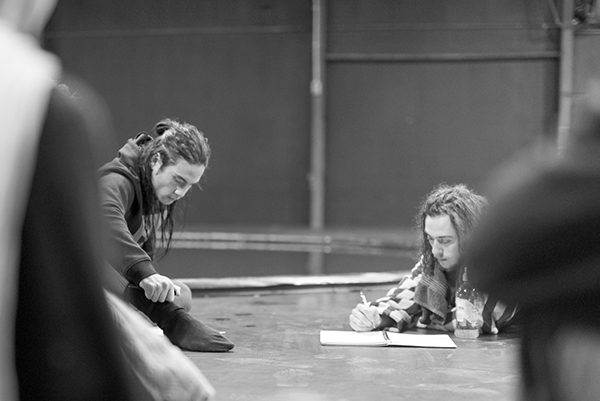 We invited the town of Mitimiti to come see a performance. It’s a five-and-a-half-hour drive, and it involves a ferry crossing. It’s hard to get to, but they came down. Everything was free for them, because the journey is expensive and they have no money. They walked into the space – an interactive, global, Indigenous, very edgy space – and recognized it. They lit up and started talking in the middle of the performance, because they didn’t know the protocol of the theater. They’d never seen their home in this way. That was such an amazing thing for me as an artist, because the whole project I was asking how I redress the inadequacy I feel in myself about my connection to this place, and what do I have to offer. What I gifted was a reflection through my global Indigenous artistic lens. It wasn’t a performance you just attended; it was a living, breathing, symbiotic, connecting embodiment through dance and other methodologies, that became a significant placement of who we are at a particular time.

What do you foresee is the future of contemporary Indigenous dance, and how do you see it evolving?

The way we talk about the future has to come from our most present and updated situation. I have recently become the artistic director of Atamira Dance Company. I’ve had a 20-year legacy as the founder of the company, and also as a contributing artist. The difference of being in this role means I’m now put into different platforms. Where I’m now situating myself is in arts markets, rooms with mostly white presenters and producers who have the power to program and create sustainability for Indigenous creatives. The hard fact of it is that, from what I’ve experienced, conversations around brave programming for Indigenous work is up to the individual presenter to be comfortable with and to have any measure of interest.

The go-to is: What audiences are coming? What are they used to? What do they want? You can never anticipate what an audience wants. You can only feed them the same thing and see them keep coming back. My sense, though, is that we need to look at the numbers of what is being programmed and who is programming it. There was a study by the Australian Arts Council a couple years ago that looked specifically at how many Indigenous and non-Indigenous works were being programmed by presenters, and the numbers were pretty low. Less than 10 percent of all arts being programmed were Indigenous Australian. It shows that as a sector and as a global community, we need to do the work to shift these numbers.

I’ve been involved since 2012 in conversations with BlakDance, an organization advocating for Indigenous performance in Australia. There have been artist-led talks and research. We are in a shift whereby individual artists living in their own paradigm and trying to fight their own battles is only getting limited results. We need bigger and stronger strategies toward understanding the issues ahead of us, so we can start to inform institutional spaces about the correlations between First Nations Peoples, communities and land, and make reconciliations presently, historically and futuristically.

Any time I perform internationally, it’s a white presenter or producer who I am talking to. What that means is there’s a vast gap in knowledge and communication. We need to get on the same page. To get on the same page, we need to go through what it is to live in a world that is integrating all peoples, shifting the power dynamic so that it is balanced. We’re moving away from patriarchy, from government funded models that tell us what box we’re supposed to be in. We need to inform the sector to prioritize artists’ intentions as the most important thing. Right now, the artist always has to fit into the theater or event. That doesn’t work for us. What I’m proposing is working on a globally manifested Indigenous set of thoughts, ways and strategies by which we can operate across nations.

Everything I can do in this position, I want to, beyond Atamira and beyond Jack Gray. Different pieces of the conversation are starting to link up. 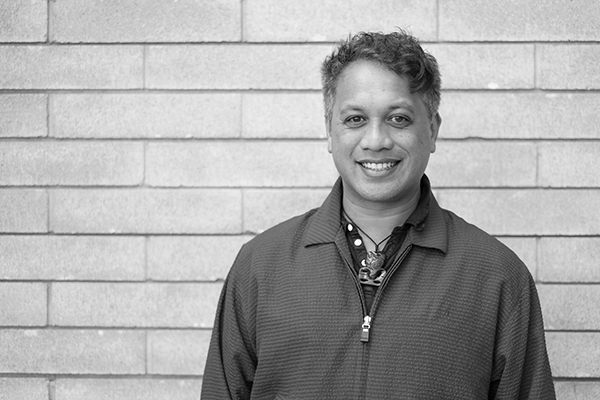