An Interview with Jack Gray

Jack Gray is the artistic director and founder of Atamira Dance Company, a contemporary Māori contemporary dance theater company in Auckland, New Zealand. In this interview, he discusses how a Māori world-view can be applied through contemporary dancemaking, and the considerations he feels are essential.

This is the first part of a two-part interview. To read the second part, click here. 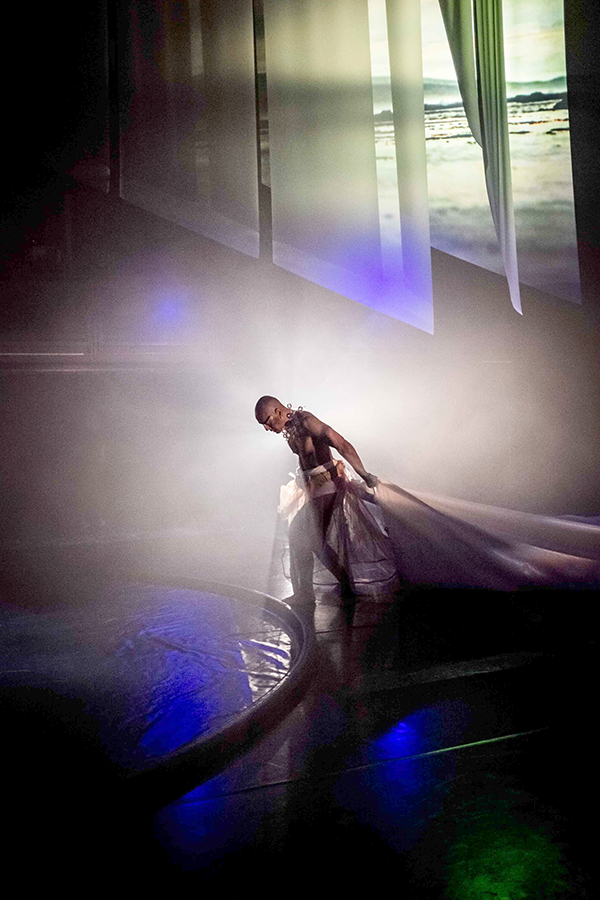 Can you give me a history of how you came to found Atamira Dance Company?

The idea for the organization came after I graduated from Unitec Performing and Screen Arts in Auckland. I was one of the first people to get a bachelor’s in contemporary dance and choreography. This was in 1998. I went into typical freelancing. At that time, there was a bourgeoning of film, so I was involved in Xena: Warrior Princess, The Lion, the Witch and the Wardrobe and King Kong. New Zealand is a cheap place to film, our landscapes are incredibly beautiful, and we don’t have restrictive unions. It was a boon period for commercial dance when we could get gigs.

However, one of the things I was realizing was whether or not surviving as a dancer was the intention of why I had gone to train and pursue a lifelong passion for expression through the body. In that year, I was dancing in different types of operas and films and getting a good grounding in the multiplicity of performance. I quickly worked out that in order to create dances that specifically connected to me and my cultural intelligence, I would need to find opportunities to develop through my own workshops, as well as pulling together communities.

In 2000, I applied for Creative Communities funding and Creative New Zealand funding to set up the idea of Atamira Dance Company (then ‘Atamira Dance Collective’). At that time, I was still in the process of learning my culture and language, although I had been involved in Māori traditional dance practices since I was about seven years old. You basically learn the language through the different dances that you then perform in competitions. I had learned the language through osmosis, but for me there was a distinct space between Jack as a cultural identity and Jack as a dancer. The question was how to bring those identities together. The simplest way I did that was working with Māori contemporary dancers who all shared a similar experience of being urban born, educated, trained as dancemakers, and all having a desire to connect to our heritage and culture.

The word whakapapa is intrinsic to our culture. A simple definition of it would be genealogy, but we’re not only talking about linear ancestral timelines, who begat this person and so on. It’s a wraparound of cultural frameworks that bring us in relation to land, water and place. They say that Māori occupation of these islands began around 900 AD. Therefore there’s 1,000 years of storytelling on these lands. One of the main things that I think is very unique to Aotearoa (the Māori name for New Zealand) is that we relate to ancestral migrations via the ocean.

This takes us back to places in our traditions that we reference as Hawaiiki Nui (big), Hawaiiki Roa (long), and Hawaiiki Pamaomao (scattered). So we come from this idea of Hawaiiki as a big, long and scattered diaspora (we have archaeological sites linking Māori voyaging to and with Hawaii, Tahiti, Cook Islands and Rapa Nui to name a few). The interesting thing about that is that when we look back at how Austronesian language groups shared as a root between all of the islands in the Pacific and parts of Asia, and the different ways those languages shifted and consolidated until they became incredibly different, there are many ways we can search for how our people may have moved in and through each other and conceived of space. Today, when we think of the Pacific Ocean, we think of it in cartography terms as determined by mapmakers. We talk about areas as Polynesia, Micronesia and Melanesia. These terms were used by Europeans to describe us, and we took those on. But there’s a move toward decolonizing our perspectives and reintegrating our creation stories. What can we learn about Pacific navigation from the ways that people were reading the stars? That configures into stories, songs and chants, especially since we are an oral tradition.

To enter into conversations on who we are, what we are, and where we are, we have to re-center the ways in which we understand each other so that when I’m talking to you in what is commonly known as the United States, but that some traditional societies call Turtle Island, we’re aware of how we’re having this conversation. We need to pay attention to not just the past 100 years since these islands were renamed by colonial powers, or how citizenship separates us, but how the lineages that have been severely disrupted give us clues into what is remaining in our cellular memory, what is remaining in the space of creativity, whereby we can map our traditional ways of thinking with our contemporary ways of thinking.

Often, in the realm of dance and theater, contemporary artists are really just reflecting the disruptions that go on, telling narratives to bring about some sense of justice for the many communities who suffer from devastation. By telling our stories, or fighting or protesting, we’re able to achieve a sense of visibility of these erased histories and therefore question what is the future. My perspective is that we can work in many different ways, and there’s a shifting of the root. What I mean by that is philosophically and conceptually, we can let ourselves deepen the range by which we connect to place, memory and ancestry, and rethink a lot of the boundaries we’re given now.

These are activated, present discussions. Ceremony becomes a part because it’s a word that brings the spirit, land and people into mediation, freedom and liberation. What I’ve discovered over 20 years of doing this work is that we’re now in a global instead of local discussion. 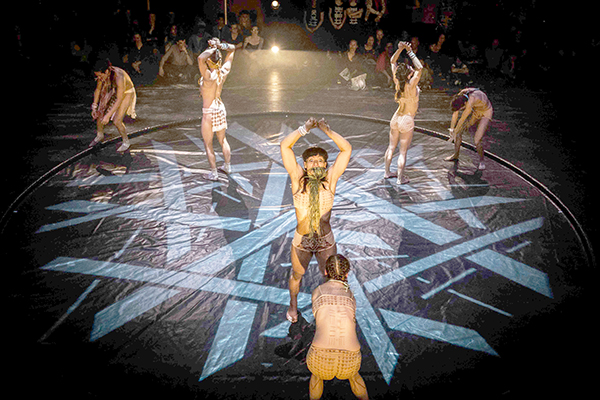 What kinds of training do the dancers in Atamira Dance Company have?

Most went to a dance school, and would have taken classical ballet as well as been exposed to multiple styles of contemporary dance technique. New Zealand is an interesting country in that there was a great push by our government to extend our artforms around the 70s and 80s. What happened was a lot of dancers who had trained at the New Zealand School of Dance and were not majoring in classical dance became contemporary dancers, but we didn’t really know what that was in the 70s in New Zealand, so they went to New York City to study modern dance techniques and contact improvisation. What they did was learn these modes, take them back to New Zealand, and teach them. However, they didn’t teach them specifically but as an amalgamated version of all those things. I would say the New Zealand contemporary dance style is incredibly eclectic and versatile. New Zealand dancers are known globally for really moving in the space. When I think about it, it’s probably because we have a lot of space, and we don’t have a ton of dancers in classes, like trying to cram 40 dancers in a tiny New York studio.

We are known for our visceral, physical nature. Unlike most countries, all our kids get to swim in the ocean and climb trees. Every New Zealand childhood is a very physical childhood; we’re outside on the land as much as possible. We are not in cities where concrete and fences exist in abundance. That’s an important part of the New Zealand psyche. Both as a dancer and as a person, there is a strong relationship to land. And because we have beaches everywhere, there’s also a strong connection to the ocean.

I think it’s important to have a working relationship with the natural world, whatever country you’re in. Often, dancers become completely studio bound and theater based. We then think of the outdoors as being site-specific, another type of dance.

Since ‘contemporary dance’ can refer to so many different things, what does the word ‘contemporary’ mean in your context?

Thanks for the question, because it gives me a chance to break down some problematic preconceptions. One of those preconceptions is the idea that we are the only people who are Māori focusing on contemporary dance as our main vessel for sharing our stories. We have a very strong traditional practice in our country called kapa haka, a highly codified community performance practice that also may feature theatrical elements, new compositions, or electronic music. We work with the resonance of traditional elements such as fibers to make kakahu, or adornment. However, at the same time, we’re courageously exploring the stretch between that and other things that speak to a contemporary experience.

Even now, the global questions play a part. For instance, we cannot travel easily with our traditional fibers into other lands unless they have been treated and labeled in particular ways. New Zealand is very particular on this; we have a bio-security because we are so isolated and as a result are conscientious of any bugs or beetles that might come into our country that we don’t have a natural system to deal with. A lot of our trees and birds have suffered because of imported species. We’ve lost something like 100 species of birds over the past 100 years because we didn’t have natural predators in our country. Our land was initially isolated. For instance, we don’t have any native mammals except a bat. They say the birds flew here. We had the world’s biggest bird, larger than an emu or ostrich. We have bones to prove it.

When the Māori first got here, there were only birds and fish, so many of our stories and understandings come from these animals. When the European colonizers came, they decided they wanted to turn the land into Britain, so they brought sheep, cows and livestock, cut down trees and created fields. The idea was then to replicate an English countryside, so they brought foxes, stoats, weasels and ferrets, and these animals ate our birds, who previously didn’t need to worry about natural predators. It’s a tough thing to understand, but it means that right now we’re on quite intensive programs to take care of our environment.

Some of our most beautiful songbirds no longer exist, and we only have recordings of what they sound like. These birds were intrinsic to Māori people. We still talk about them and sing about them, and might give a compliment like, “Your voice is as beautiful as this bird,” but we’ve not seen them in 100 years. There’s something quite beautiful and sad about that.

Going back to bio-security, because of the devastation of our land, we’ve been inhibited in sharing our stories and truths. That’s why I think dance artists are needed; we embody those truths. This goes back to whakapapa, the genealogy of how things connect. We chart the good, the bad, and the potential in an ever-shifting modality. 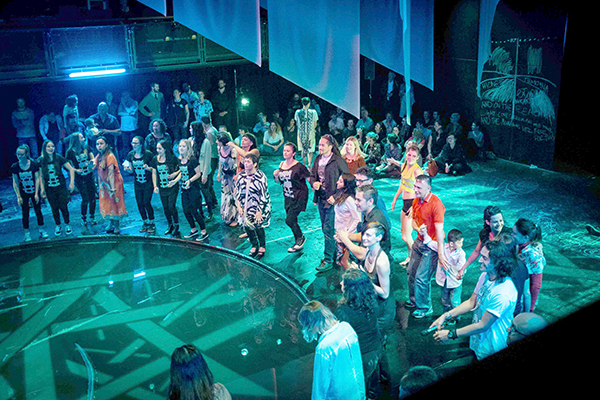 2 Responses to “A Global Discussion”