Once upon a time, I was a young choreographer, full of talent and promise. And I decided to move to New York City. The goal I’d set out for myself when I first moved to NYC was “to see how far I could go as a choreographer.” Hold it right there. Did I mention anything to myself about artistry in that goal? I also had a fantasy of winning a Bessie award. I had no idea what a Bessie really was or what the honor meant.

While I was busy “trying to make it” as a young choreographer in NYC, I received a generous donation from the president of my Alma Mater (Western Michigan University), accompanied with a note that he felt confident that “mine was a name we would all know one day.” While a very well-intended compliment, mine is not a mind that readily accepts them, and I took this to mean that an enormous responsibility was now placed on me; I had to succeed.

A common rhetoric in my artistic youth was that dances and pieces had to be “successful” and “good,” and that once a “good” piece was identified, you had to perform the crap out of it until it became obsolete, and even for a while longer.  While I was always good at marching to the beat of my own drum, I had acquired the “successful?” “good?” thoughts in the mix. New York is a hard city for someone who didn’t enter via a major institution (Juilliard comes to mind), and it’s easy to get the impression that you live in a hamster wheel, artistic or otherwise. Logically, I wanted to feel I was getting somewhere for all the effort I was putting in. My subconscious inevitably stepped forward, and my creative pursuits became aimed towards what would be successful, what curators would like, and how I could best make that name known.

What about things like listening to my own voice? How about what was mine? Doesn’t that count for something?

Truthfully, I love the process of working with video at least five times as much as I do making live work. I love making films – every moment of it! And finally, I truly like the actual work that I make; instead of always seeing it fall short of a vision I was unable to articulate, I enjoy seeing my work manifest in the world. 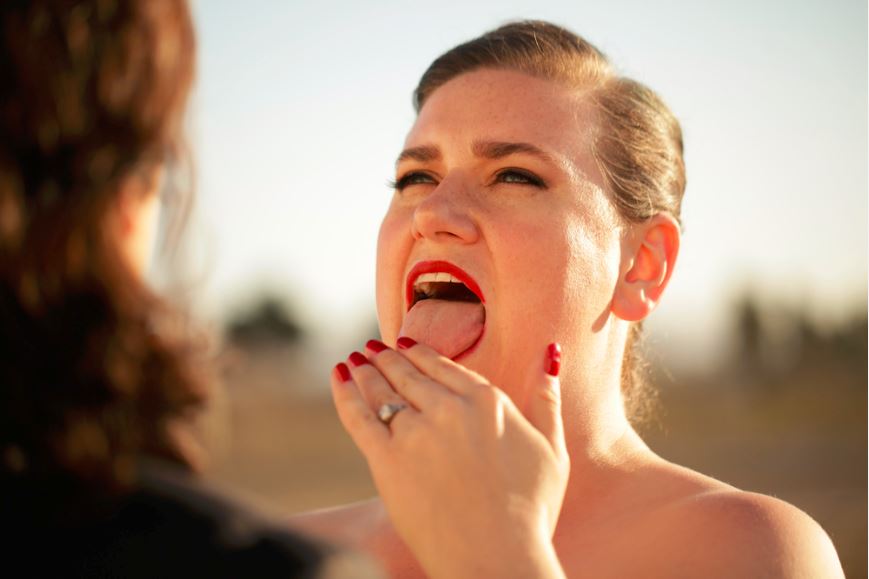 Around the same time that I made the shift from choreography to dance film, I started working more rigorously as a dancer of Argentine Tango. I’ve danced this form consecutively the longest of any that I have studied (13 years), yet I was strangely resistant to pursuing it professionally, even though it is absolutely the dance for me. Let’s just say that I was fighting against both an inevitable problem I have of turning every hobby into a profession, and against a lot of rhetoric that I grew up with of a social dance form not being a “high art” or a “real dance form.”

A turbulent year happened, and the moment arrived when living in San Francisco became overpriced and unbearable in more ways than it was bearable. Factor in the death of a parent and the ensuing “what does it all mean?” and my husband (and dance partner) and I ran away and began teaching Argentine Tango all over the world.

It wasn’t completely sudden. We had been dancing together for many, many years, and developing as teachers and dancers quietly during that time. We were simply ready for the next step.

A few surprising (and completely unsurprising) things happened. My professional dance career – the one in which I am paid to dance and teach for the vast majority of my living – began at age 36. Surely that is far too late to begin dancing professionally, full-time, right?

The moment I surrendered to being a full-time touring professional dancer is the moment my dancing really changed. In the act of stepping into the role I wanted, I stepped up with my ability. It doesn’t hurt of course, that my partner is as relentless a perfectionist as I am, and believes in my abilities to no end.

I am fully focused on the doing of dance and my dance reflects this. Yes, of course – the organizing of gigs, bookings, travel, lodgings, sussing out which organizers are legitimately professional – this all takes a great deal of effort and headspace. But the dance I’m creating feels worlds apart from the dance I created when I was juggling a complex weekly grind. Dancing full out means going full in.

As with every dance form, the dance is constantly being created and in constant flux. Argentine Tango is in its nascent stages as a dance form, having arisen a little more than 125 years ago. There is no codification and no centralized school; as it developed in the streets, one of the core values is true individual expression.

In some ways, because there is no codification, no One True™ definition of what Argentine Tango is, there is tremendous freedom. That freedom can bring tremendous frustration. There literally is no Milonguero Authority to check in with, only people who have thought about it and danced more and, even then, not all of them have our best interests in mind. But some of them are supportive in unexpected ways. Recently, a teacher of ours told us that while he could teach us for the rest of our lives, it was time for us to experiment and to find our own dance.

We are now in the process of tailoring the dance for ourselves, eliminating old ideas, experimenting with technique, often failing and occasionally succeeding wildly. This will now be the rest of our dance lives – literally making the dance we want. That same teacher told us that he saw one of the most famous tangueros (Virulazo) the week he died – a final, finished version of his dance. That is the trajectory I’m looking for.

I won’t deny that I still look at my career path and compare it negatively to those of other dancers (and, most often, to those dancers who work at the top of the profession – why should I be easy on myself?). I sometimes think that because I’m not “on tour” 45 weeks a year, I haven’t truly “made it,” and I admit that although our career has had rapid growth, and that we’ve gotten steadily better gigs, I am reluctant to admit to myself my own pursuit of wanting more.

I’m sure there are those out there who think I’ll never truly “make it” since I’m not Argentinian – a notion as ridiculous as you not being able to make it as a ballet dancer if you are not Russian (this was actually a thing in the 1930s), or as a modern dancer if you are not American. And there is probably someone out there who thinks I’m a “sellout” because I’m working in social dance and not concert dance; that I am “wasting” my talent. And another someone who thinks because I’m a curvaceous lady that my body is “wrong” for dance, and I will thus never really “make it.”

Hopefully those people are all inside my head. As I drift further from caring about them, the closer I get to dancing my own dance and making the art I want to make (and combining these things in a way that makes my life a full one). I will always struggle with arbitrary external benchmarks, and with self-inflicted comparisons to other dancers and dance-makers. But, if I’m honest, “making it” is a combination of making the logistics of my career work, and making the work as much MINE as I possibly can.

P.S. A friend of mine says “You know, you can die of exposure…” 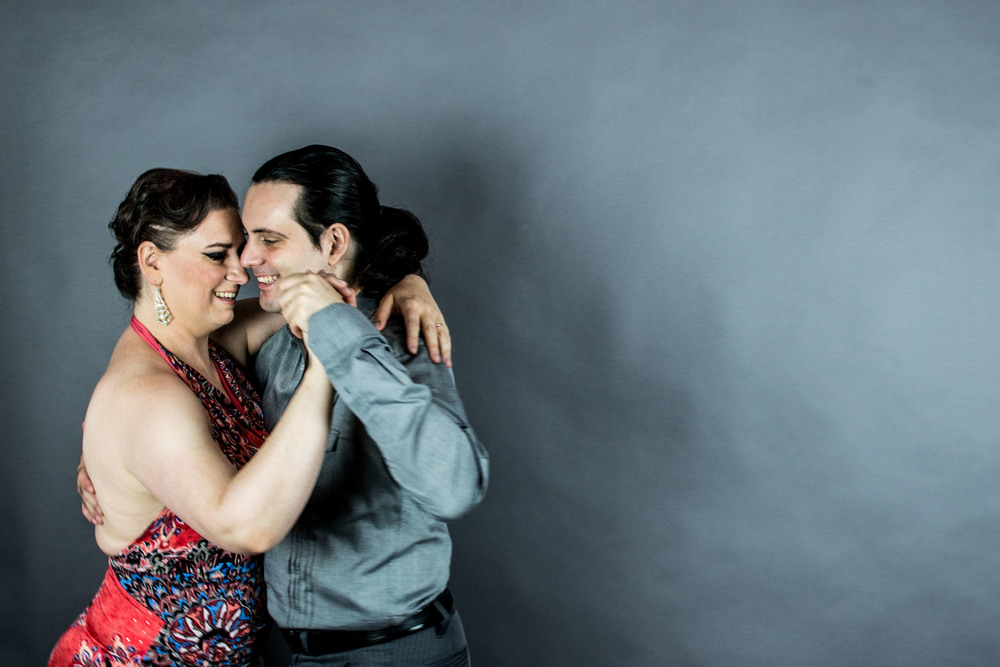 Erin Malley has worked as a dancer, performer, choreographer, director, video designer and filmmaker. She graduated from Western Michigan University with a BFA in dance and French in 2001, and continued her studies for one year at the CCN of Montpellier in France. Erin also had a two-year, full-time residency with Education for the Arts in Kalamazoo, MI. She was a choreographer for and performer in independent theater & dance projects in NYC, and founded & directed Malleable Dance Theater as a non-profit organization during her time there (2004-2009). She relocated to San Francisco, and there deepened her inquiry and practice of projects involving video and film, both collaboratively and under her own direction. In 2015, she and her husband Doruk Golcu began teaching and performing Argentine Tango internationally, and Erin took her film projects on the road with her. For more information about her film/video work, visit erinmalley.com and to learn more about her work in Argentine Tango, visit erinanddoruktango.com.

One Response to “Making It Mine”