An Interview with Julius Ferraro

Julius Ferraro is the editor of thINKingDANCE, an online publication based out of Philadelphia. With a background in theater, he brings to dance writing a specific perspective on how dance and theater intersect. He reflects on the changing face of journalism, and how dance writing has been affected as a result.

I come from theater, and have been writing about theater in Philadelphia for three or four years. I’m drawn to experimental work, especially work that pushes boundaries and asks hard-to-answer questions. I’m into work that isn’t quite as narrative or predictable as traditional theater. While Philadelphia has a great theater scene, some of the best stuff I’ve seen is where dance and theater meet; it ends up being a strange and unusual mashup. That is why I started writing about dance to begin with. When the opportunity came up to write for thINKingDANCE, I jumped at it because I wanted to learn more about dance. I wanted to know what was going on in this unique corner of the theater and dance world. I don’t think this kind of work is unique to Philadelphia, but it is a place where people are really pushing boundaries.

What kinds of pieces do you most often write?

I’ve been writing for thINKingDANCE for about two years now. I mostly write reviews, but I’ve also done interviews and previews.

I am also a playwright, and I co-run another publication, Curate This, which is a forum for other people’s voices. I do a lot of editing for that site, and some writing for it too.

What trends and themes in the dance world have stuck out to you?

I don’t know if I can answer that, except to talk about the broader context of theater and dance connecting . . . say, when dancers start talking or telling a story, or theater-makers start implementing movement into how they convey action or character.

Annie Wilson, who comes from a dance background and who has started to implement theater into her work in the past few years, talks about how dance can express things that you can’t express in words, but theater provides context for that expression. So these two worlds can complement each other, but I don’t think it’s anything particularly new.

It’s something I’ve thought about and tried to write about – where trends are. One of the first pieces I wrote as a journalist was for the Broad Street Review. I went to the FringeArts festival in Philly and wrote an article about trends I saw. I tried to do the same the following year, but realized trends are hard to talk about. Every artist has their own thing.

In terms of how dance gets coverage, what changes have you experienced?

There is less that is getting paid for, and fewer people on staff. What that means is that the outlets that have covered dance and theater in the past are now covering it in the broadest strokes and only cover the stuff that has the most fanfare around it. As a result, there’s a gap in coverage when it comes to artists who are getting started building their work. People also seem to see live performance and spend money on it less often. All these things feed into a downward spiral.

One thing I have noticed is a conflict between people who still write for print publications and people who write for the blog world. And then there are publications who exist in between, like thINKingDANCE. We’re not paying staff writers at the rate that The Philadelphia Inquirer  is, and how well you pay writers often becomes a moralistic argument. The people who write for The Philadelphia Inquirer or The New York Times think it’s wrong to underpay writers. I think that’s an interesting conversation, because it brings up questions like: How do journalists handle ethics if they’re not part of a journalist union? The world of writing and how writers make money is changing. If I made my living writing for The Philadelphia Inquirer, I’d probably think it was horrible change, but as someone who never was part of that world to begin with, I don’t necessarily perceive it as horrible.

In thinking about this shift to freelance, do you think the quality of dance writing is suffering as a result?

I would have a hard time answering that, as I wasn’t reading dance coverage 10 years ago, but my instincts go toward “no.” You could make the argument that someone who spends all their time and makes all their money writing about dance is necessarily going to be better at it. On the other hand, someone like me can bring my experience as a playwright to dance writing. A dance enthusiast can bring their experience as a mother, or construction worker, or whatever they are to how they see dance. If dance and theater are meant to speak to the wider world, and not just to other dancers or theater artists, then you can argue that a diversity of voices commenting on it is good for the art form.

Is theater writing facing a lot of the same problems as dance writing, or is theater coverage still surviving because it is more mainstream than dance?

I don’t know about New York and people who write about Broadway, but the person who writes about theater at The Philadelphia Inquirer used to be the classical music  critic, but then they fired their theater critic and he took over the theater beat as well. That says a lot.

In your opinion, what would make dance writing more viable?

Almost everyone at thINKingDANCE is also a practitioner. If we were a member of the American Theatre Critics Association, for instance, that ethically wouldn’t be allowed,  but I, for instance, am also a playwright and performer. I also run Curate This, which gets other artists who are don’t normally write to talk about art. It’s challenging to get non-journalists to write about art, so broadening the parameters of who can write is important. 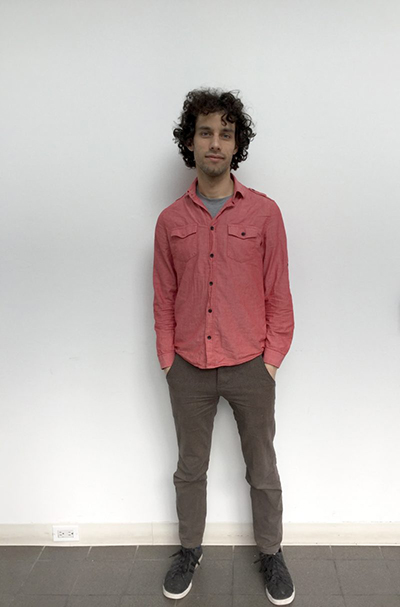