An Interview with Marybeth Weinstock

Marybeth Weinstock has a PhD in Clinical Psychology, a Master’s degree in Dance/Movement Therapy, and has been practicing since the 1980s. She currently lives in Pacific Grove, California where she runs a private practice, though she has lived and worked on both coasts in a variety of settings. In this interview, she shares the ins and outs of dance/movement therapy and why she sees it as a transformative mode of therapy. 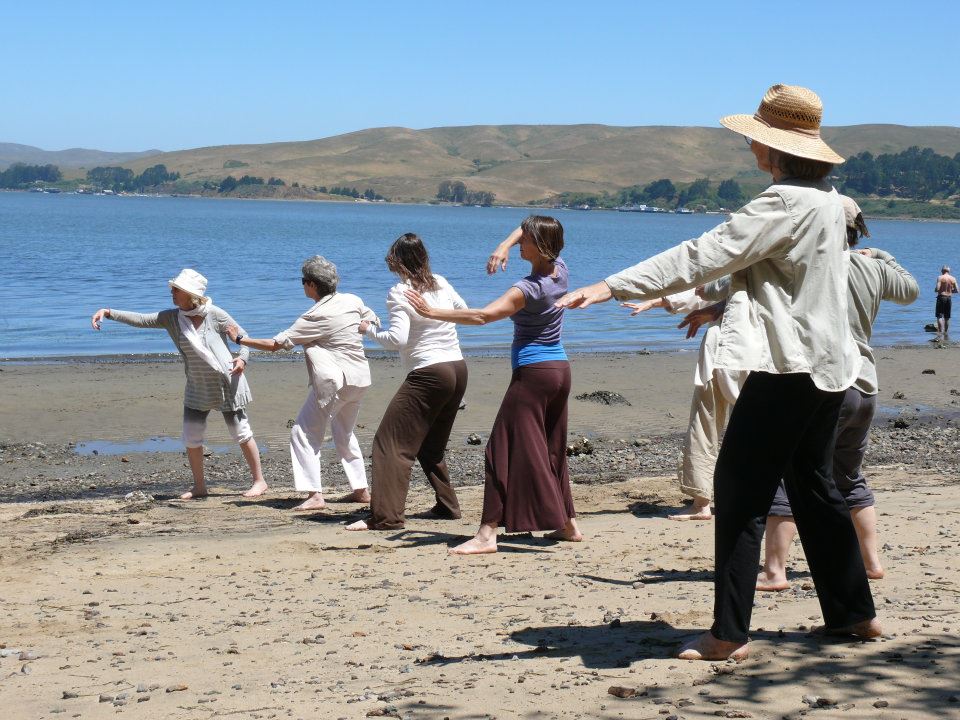 How did you enter the world of dance therapy?

I started dancing when I was a kid; I studied both musical theater and ballet. When I was an undergrad at Goucher College in the 70s, my dance history professor showed Janet Adler’s film “Looking for Me,” as well as a film on Anna Halprin’s San Francisco Dancers’ Workshop when she was experimenting with race relations through dance. I sat there with my mouth hanging open after both films. I knew this was what I wanted to do with my life. I previously couldn’t decide what my major should be: dance, theater, education or psychology. When I found there was a perfect melding of my interests and that I could actually help people through my beloved art form, I was astounded. I spoke with my dance teachers and psych professors about it, and they found me an amazing internship with Arlynne Stark, one of the mothers of dance/movement therapy.

How would you describe dance movement therapy to someone unfamiliar with it?

Dance/movement therapy is a form of psychotherapy. Practitioners have studied psychological theory and clinical psychology the same way any psychotherapist has, but additionally we have studied how movement and non-verbal communication can be applied. However, it’s creative movement, which is different than somatic therapy. It’s not just about moving the body; it’s about moving the body in a way that expresses oneself. It can be done individually or in groups. There are many applications for many different diagnoses.

Is dance/movement therapy marginalized among other therapy modalities?

For sure, though not as much as it once was. The American Dance Therapy Association just celebrated its 50th anniversary last year. When I moved to northern California 25 years ago, I found dance/movement therapy had a greater presence in psychiatric facilities on the East Coast. That has been slowly changing, with shifts in licensure challenges.

That being said, dance/movement therapy is marginalized the way all art forms are. Art and dance have been seen as less important in certain circles, even if they provide a highly effective means of healing. I’ve always found this startling. Part of the problem might be there isn’t as much evidence based research available as cognitive behavioral therapy (CBT). When what is considered “evidence” shifted from more qualitative means to quantification, methodologies (such as CBT) that already provided numbers had a leg up to “prove” their efficacy.

What do you perceive are some of the strengths of dance/movement therapy?

My specialty has been working with people who have acute and chronic psychiatric diagnoses, and many of them have a very difficult time being verbal. Using nonverbal means can be highly effective; 85 percent or more of what we communicate to others is nonverbal. The fact that dance/movement therapy is nonverbal can be helpful for both the patient and therapist. As a therapist, I can bypass a lot of defenses that are encased in verbal habits. People can hide much more easily behind their words than behind their movement. Movement is an easy access to expression. 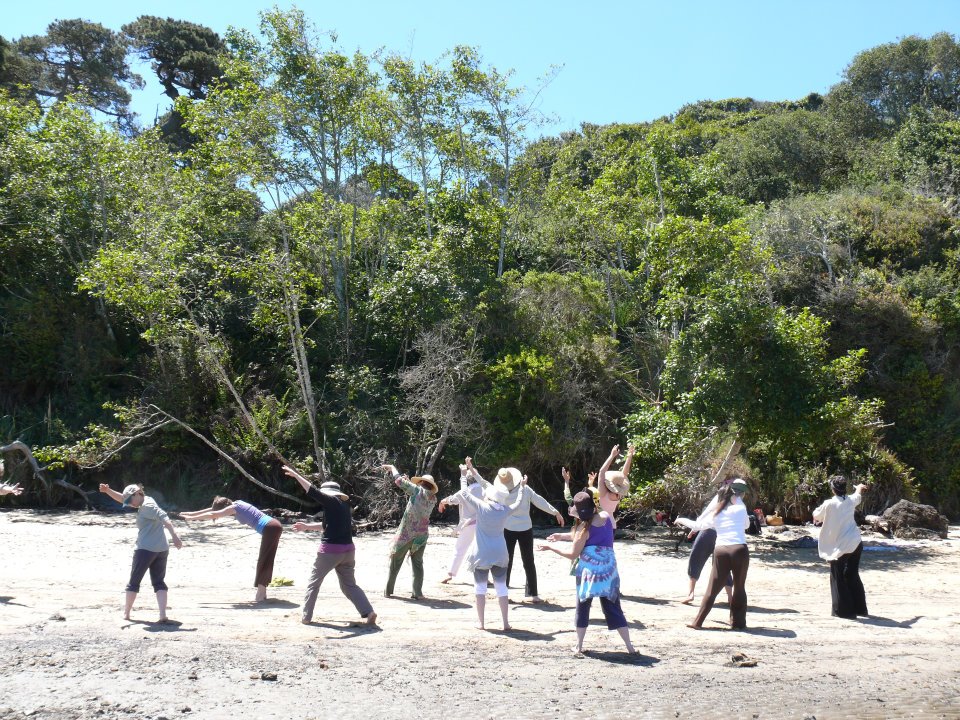 In my practice, we do a lot of mirroring, which correlates with Carl Rogers’ form of psychotherapy. Every therapist has to be able to reflect back to their patient what they’ve just heard them say; it’s a necessary skill. Dance/movement therapists get to do that through movement. To me, that’s one of dance/movement therapy’s greatest strengths, that I can feel at times what it feels like to be the person I’m working with.

Boundaries are an issue for so many people in terms of relationship. Through movement, people can start to discern bodily boundaries. If you can feel something in your body beyond just having an intellectual experience, you’re more likely to be effective at changing your life. We know about neuroplasticity now, that people can actually change the synapses in their brains. But you can’t do that just through speech; you have to do that through the whole nervous system. The central nervous system has to be stimulated in order to make changes in the brain.

What do you perceive are some of the weaknesses of dance movement therapy?

Sometimes I have to call it just “movement” because the word “dance” scares people. I commonly work with people who have eating disorders. People with eating disorders often don’t even want to be in their bodies, so saying the word “dance” can be terrifying. Or, conversely, they think they’re going to burn calories. I have to be judicious about the words I use. I’m not just going to put on music and ask people to dance in front of me. That’s terrifying to most people. I have to use means that feel less scary.

I also commonly work with people who have trauma. Anybody who has been through physical or sexual trauma is at odds with their body and will have a hard time with certain stimuli. I have to be very careful about that as well. However, I wouldn’t say that’s a weakness of the technique, but just one of the challenges. I don’t think there are any weaknesses per se. Dance/movement therapy can be used with so many populations. Because of its nature, any psychotherapeutic orientation can be applied to it.

Can you tell me about your Creative Transition workshop? How did it come together?

When I was in my doctoral program, I took a class on human development. Most development classes stop at childhood or adolescence, but this particular class went into the psychology of young adulthood, middle age and seniors. When the instructor was talking about midlife and what happens to women in particular, my jaw was on the ground. There were so many things happening to me I hadn’t attributed to going through the transition of midlife. It was wonderful to hear it spoken about so openly. I ended up focusing my dissertation on the topic of women aging.

In the following years, while I was taking classes at Anna Halprin’s Mountain Home Studio, Taira Restar and I had the idea of doing workshops together for women transitioning into midlife. Together, we embarked on a series of workshops over the course of two or three years called Creative Transition: Women in Midlife Converse Through Dance. On average, we had ten women in each daylong workshop. Many of the workshops took place on beaches and in woods, as well as in Anna’s studio. Having space to acknowledge our wisdom and kvetch about our aches and pains was powerful. The cumulative shared knowledge was mind-blowing. It felt like we delved into sacred ground. 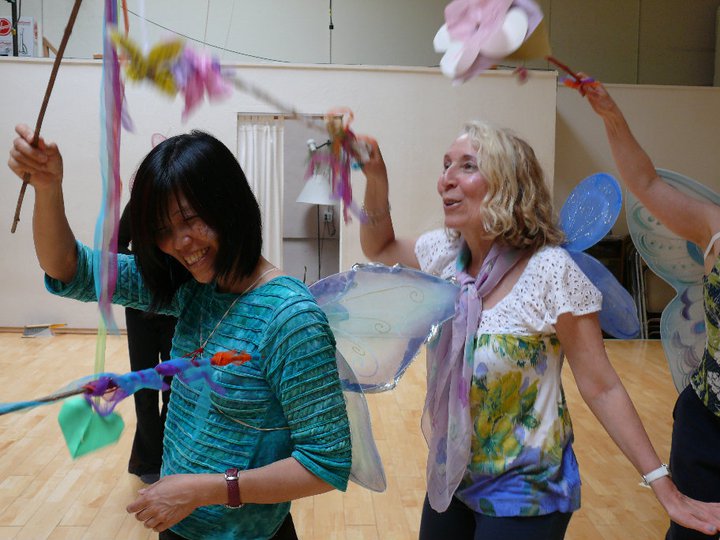 Looking forward, in which direction do you think you’ll expand your work?

I plan on expanding my private practice, leading groups, teaching dance classes, as well as hosting the Creative Transition workshops again. I also want to continue dancing in this body of mine, being in communion with my own body and honoring what it can and can’t do now.

I studied with Alwin Nikolais, Murray Louis and Hanya Holm when I was a young dancer in New York City. I can’t express how amazing it was to be at the feet of such masters. What I learned from them continues to flow through my work. Anna Halprin’s work was similarly influential. Passing along their legacies to those I work with feels very important to me.