I met Eugene Williams in a contact improvisation jam and, after several conversations, came to learn he was a wealth of stories and information. He has a unique outlook on the dance world, both because of his disability (Eugene rides in a wheelchair) and because he found dance in an unusual way. I proposed an interview, and barely asked one question the entire hour. The man can talk! This is Eugene’s story of how he came to call himself a dancer. 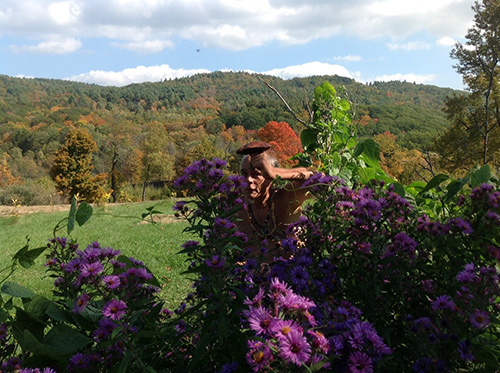 After I broke my neck wrestling in the mid-60s, it was important to me to get back to the world of music. I had previously played bass, piano and guitar, but had lost the use of my fingers. I picked up an African drum my aunt had brought me from Nigeria. Jazz, at the time, incorporated African percussion – Coltrane, Miles and many others. I then found that I could do a version of African dance from my chair. That’s all the dancing I did for a long time. I wasn’t trying to be a dancer. I was just having fun.

A long time later, in 2004, I was in a very bad auto wreck and cracked my pelvis. It ended up being three months before I could get out of bed by myself. The pain was extremely serious, and I lost muscle tone and became stiff. Once I was able to resume my life, I knew I needed to rehab, but the idea of clinical rehab in an institutional setting had no appeal. Been there, done that. I needed an alternative. That’s when I started going to the contact improvisation jams at Earthdance, which was near where I live in western Massachusetts. As soon as I got into it, I wished I’d started going 20 years sooner. It wasn’t easy though. If I had hoped for immediate acceptance and unconditional welcome with discussion about accessibility both physical and attitudinal, I probably would have quit. But I was there for rehab, so I stuck with it and all those things happened eventually. It took a long time.

At a large contact improvisation gathering in Pennsylvania, CI 36, I met Alito Alessi and his wife Sara. They told me about DanceAbility, and I was very interested, especially since they were doing a lot of work in Latin America at the time. I had been working for UNICEF in Brazil, and had also been there on a Fulbright, as well as to publish a primary health care manual and a community-based rehabilitation manual. Part of the reason I didn’t get involved in contact improvisation earlier was because I was down in Brazil so often.

With DanceAbility, I was interested in combining my work with the disability rights movement in Brazil. I had a research grant, and my finding was a class analysis of the disability rights movement. I divided Brazil’s disability community into three groups. The militant elite were people with cars, telephones (this was before cellphones) and college education. This group was affluent, and through their disability had decided to become civically active. Then there were the poor, who sold anything they could—lottery tickets, chewing gum—on the street corners. The third group was the middle class, which in Brazil is poorer than the American middle class.

In Brazil, the middle class with disabilities was commonly involved with the FCD, or Christian Federation of the Disabled. The FCD was based through the Catholic Church, and was an extremely radical outfit that applied a lot of liberation theory and Marxist analysis to the situation of people with disabilities. It served those who were one step above begging on the street, but none of the elite were interested. My desire was always to try to bring the economic classes together. Within the disability rights movement, different types of disabilities had different implications, and therefore had different needs with different political foci. If you could get the blind and the deaf into the movement, it was a real coup. I wanted to bring together different disabilities of different classes, and I saw DanceAbility as a way to do that.

After talking to Alito, it was clear that mostly the elite had access to his work. There was a DanceAbility training in Montevideo, Uruguay, and I invited people I knew from the housing cooperatives in Montevideo who were working closely with the combative affordable housing movements in Sao Paulo with whom I was working. I thought it would be a great opportunity to try to bring people together. Unfortunately, it didn’t work. The political movement folk thought DanceAbility was for hippies and left after the warm up. They didn’t want to breathe through the soles of their feet. On the other hand, the people committed to dancing didn’t want to talk politics and spend seemingly endless hours in meetings. I realized that bridging people would take years, and certainly wouldn’t happen over the course of the workshop. Neither group was able to appreciate the radical nature of what the other was doing.

That being said, I think DanceAbility is excellent, and I’ve incorporated it into what I do. I haven’t made it my life’s work, but understanding the system has been very helpful. It’s part of my toolbox.

Once I got to the point of feeling halfway confident with dance (which is still one of the biggest challenges – dealing with my internal image of myself as a dancer), I started experimenting with Steve Paxton, Lisa Nelson, Nancy Stark Smith, Chris and Angie Houser, Martin Keogh and other cool cats in New England. I’d learned to dance seated in my chair using my arms and taking weight, but I wanted to explore going off center. The first major breakthrough I had was that I needed to verbally communicate. I would watch non-disabled dancers share weight, and yet that wasn’t happening with me and my dance partners. When I would go further than my balance, I’d have to catch my chair and pull myself back up. Instead, when I was off my balance, I wanted my partner to be able to restore my balance by giving their weight to me. This was not something that evolved nonverbally.

My goals now are to break my established patterns of wheelchair dance, getting my pelvis out of a fixed position in the seat of my chair. A friend of mine is the performance artist Guillermo Gómez-Peña, and he’s influenced my dance aesthetic. He taught me to problematize the image. To be off balance or out of the chair is to problematize the disabled image. It can make people feel frightened, threatened or even disgusted, but it’s about being a subject rather than an object. After many years of dancing in the contact improvisation world, I learned that theoretically it is an inclusive dance form, but practical inclusion can be difficult. That led me to teaching.

To make inclusive dance work, the person with a disability needs to communicate with the teachers about what they can and can’t do. But if they are beginning dancers, they don’t know what they can do, or they might feel self-conscious. Most instructors don’t have any experience with this. It involves changing their approach and adapting their pedagogy. That can be an unwelcome challenge.

What I’ve started to do is give master classes at college dance programs. Many of the students I reach will go on to teach dance, so I’m giving them the opportunity to learn how to be in the room with someone with a disability. I can give these students an initial understanding and prepare them attitudinally.

In all aspects of human interaction, there is the contradiction between theory and practice. Theoretically, the dance world is much more open to a wide variety of people being able to dance and call themselves dancers than it was 20 years ago. I can’t even imagine what kinds of prejudice these pioneers in dance came up against. I’ve felt it internally in dance classes myself; I used to intensely feel fear, rejection and self-consciousness. I’d grit my teeth and tough it out. Now, most college dance professors know about and laud mixed abilities dance companies like AXIS, but they’re not necessarily ready to work with somebody with a disability in one of their own classes. In theory, dance is much more open but, in practice, it’s still one mind at a time. 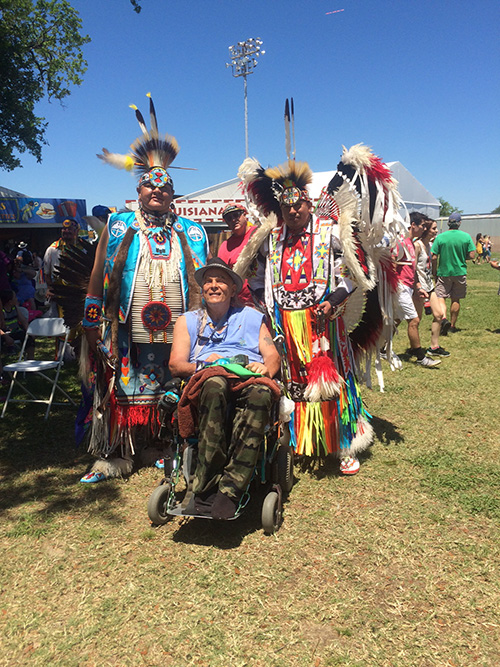