An Interview with KT Nelson

KT Nelson, co-artistic director of San Francisco’s ODC/Dance Company, muses on the blend of technical mastery and naturalistic humanity increasingly found in contemporary dance today. This interview is part of a series on contemporary dance and its extended implications. 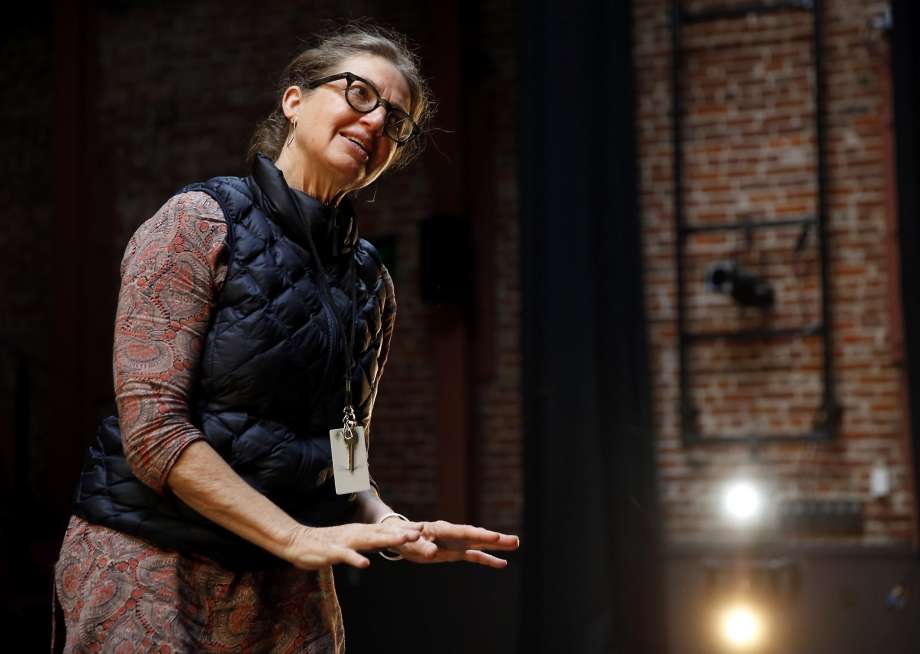 How would you describe contemporary dance to someone without a dance background?

Let me back track. I believe most people have an idea what ballet is, and ballet has had a set vocabulary for several hundred years. We all agree upon what an arabesque or fifth position is. Over the years, choreographers have interpreted that language differently. Balanchine was very fast and up, the Russians favor more plies and power, Cecchetti had all those beats. Choreographers and companies have interpreted the vocabulary differently, like dialects, but it’s the same vocabulary, relatively speaking.

In the mid-20th century came modern and post-modern dance. I would say modern dance responded to the ballet world. Instead of ethereality, it was grounded. Instead of long lines, it welcomed flexed feet and broken elbows. Post-modern dance brought in a kind of physicality that suggested a pedestrian persona. The dancers run, sit, stand, talk, gesture, roll, as well as jump and turn. The dance vocabulary began to incorporate everyday movement, and the performance persona became more pedestrian.

What we see today, and what is being called contemporary dance, has two major influences. The ballet world, which had a received vocabulary for several hundred years, is now inventing movement from an internal source, similar to what the post-modernists did in the 60s. Exercises might include writing your name with a part of your body, moving through an imagined room, etc. The ballet world is reimagining what the body can say. Along with that is an exploration of the natural physical body. I see Ohad Naharin’s Gaga as a biggest influence in this regard. What is the ultimate expression of your body, instead of a received language from someone else? It’s a very individualistic approach. I think these two aspects are driving contemporary dance, for the most part, right now.

What training would you recommend to a student interested in pursuing contemporary dance?

My dancers do more cross training than ever before. Some rock climb, others tap dance. When I was a dancer in the 70s through the 90s, I just did ballet and modern. Although I did train in Aikido as well, cross training today is more much expansive.

Today’s contemporary dancer needs to be able to improvise and have an exploratory approach to movement and their body, as well as a strong technical base. The idea of an ensemble is found through a collection of highly diverse individuals. The notion of a united corps is not as prevalent anymore.

There’s a dialogue today about mastery, like the gymnast Simone Biles who has mastered those amazing tricks. Then there’s the humanity of exploring yourself, an idea or a relationship. In contemporary dance, there’s an interesting dialogue between humanity and mastery. 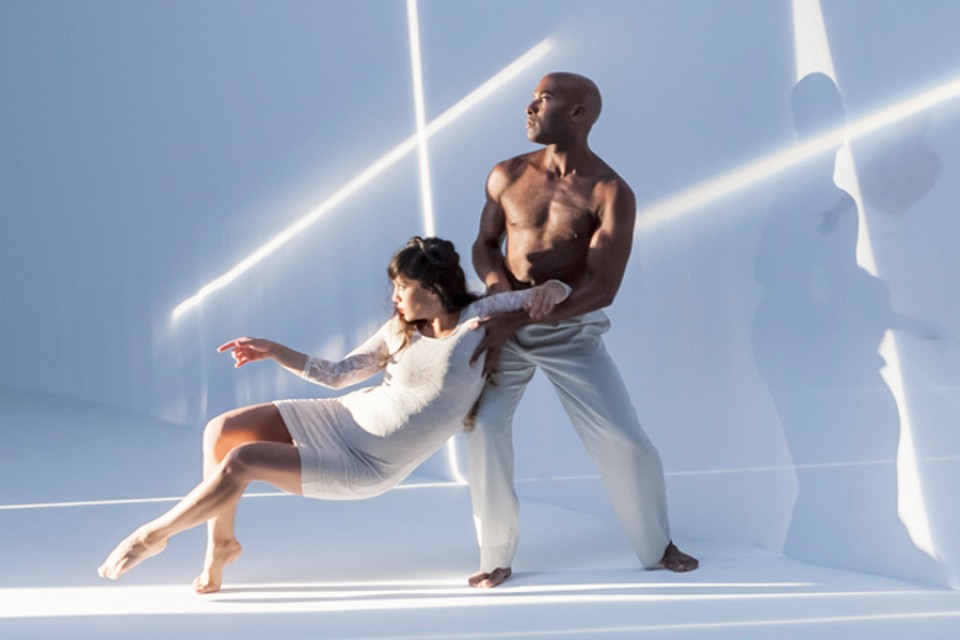 What do you perceive is your own contribution to the field of contemporary dance?

I think it’s hard to know, particularly if you’re desiring to be present in your field. As an older choreographer, I’m trying very hard to not express in the mode I grew up in, but to understand what is relevant today without giving up who I am. I grew up in a different time, but I want to partake in this new conversation. I’m not thinking about what I’ve done, but how my voice can be here and now.

I still think there’s a conversation happening in dance about both being an expert and being human. Can we get so technical that we move beyond being human? I think this might come about as a result of our affection for technology. On the other hand, how connected to our humanness can we be?

Another consideration is how we, as a society, are increasingly connected mostly through our devices. Being in a participatory relationship with the audience, instead of being separate, seems to be needed these days. Our absorption of information is so specifically detached. Being connected is how the art needs to feel, so I think how dance-makers produce work is going to change. That, in itself, will change what the body does and how it speaks.

Do you see changes in the dance field in terms of funding and support?

Economics is definitely going to have a play, but how it gets played out I don’t know. Today, we don’t see a lot of full-time dance companies. We see a lot of dance artists working per project. And because dancers aren’t only working for one artist, their training is more extensive. I recently was speaking with two independent choreographers, and I asked them if they’d want a full-time dance company. They both said no. They prefer for each project to be realized with the dancers they’ve picked for that particular project. In other words, the idea of a constant relationship between choreographer and dancer has radically changed from when I was dancing. I see pitfalls in that, because a collaboration between artists over a period of time often grows richer. On the other hand, new relationships do instigate new ways of seeing and making. There are pitfalls in both models. And both are equally important contributors to the cultural conversation.

I think we’re redefining what it means to be professional. In some ways, when you get paid to do only one thing, you get lost in that world and can lose perspective. When you have to work outside the art world, as long as it’s not overwhelming, maybe you’re a better artist because you’re interfacing with different worlds. On the other hand, immersion in one’s art creates excellence and depth. However, it can also create isolation and disconnect. What conditions help make an artist excellent and relevant? I don’t know the answer to this.

It’s also important to look at how we consume culture, and whether people are actually interested in the body. Are we intimidated to move? Do we look at our bodies anymore? Or do they speak more intensely than ever? I believe our relationship with our bodies, because of technology, is changing. Some people don’t have any relationships to other living bodies. What does that mean for our art form? Audiences don’t know what it means to be in the body anymore. They might know what it means to be on a treadmill or bike, but not what it means to be expressive. It’s important to open that door, because it will affect what dance artists can make. 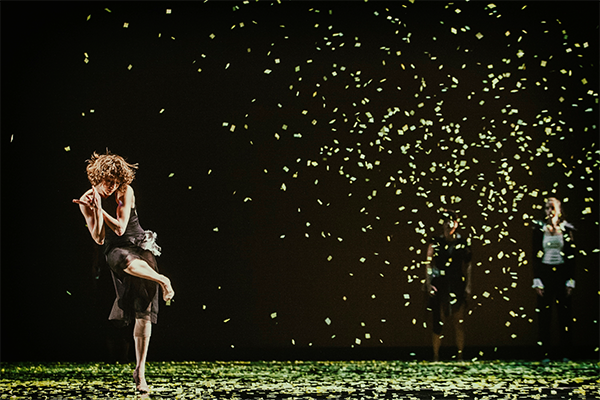 I have started a mentorship program for emerging choreographers, because I want to understand how young choreographers think about the body and their art. I’m trying to learn from them. To keep the cultural conversation varied, we need to support distinct voices early on so they don’t fall toward the status quo.

Lastly, there are huge influences in dance internationally I am not tuned into because of the world in which I spend so much of my time. As globalization increases, it’s important to notice how people are moving and expressing themselves in Asia, Africa and Latin America. These other views of the body and the world are a major part of the bigger conversation.

The cross training is less than significant than the dialogue between the human body and expert body. What we call human and expert are interpreted differently depending on where we are, whether that’s in Mumbai, New York or Berlin. That’s an interesting conversation.

KT Nelson is co-artistic director of ODC/Dance Company. She choreographed and directed the company’s first full-length family ballet in 1986, The Velveteen Rabbit, which has since been performed annually in the Bay Area as a holiday production. Over the past 25 years, KT has played a major role in defining and implementing ODC’s on-going as well as project-based outreach programs. She continues to mentor emerging artists in the Bay Area and abroad.