An Interview with Gerald Casel

Gerald Casel is a Filipino-American choreographer, dancer and teacher whose work problematizes colonial narratives and invites cultural contemplation. In this interview, he reflects on the dominant voices in contemporary dance, who’s being heard and who’s not being heard, and why neutrality is a dangerous position. This interview is part of a series on contemporary dance and its extended implications. 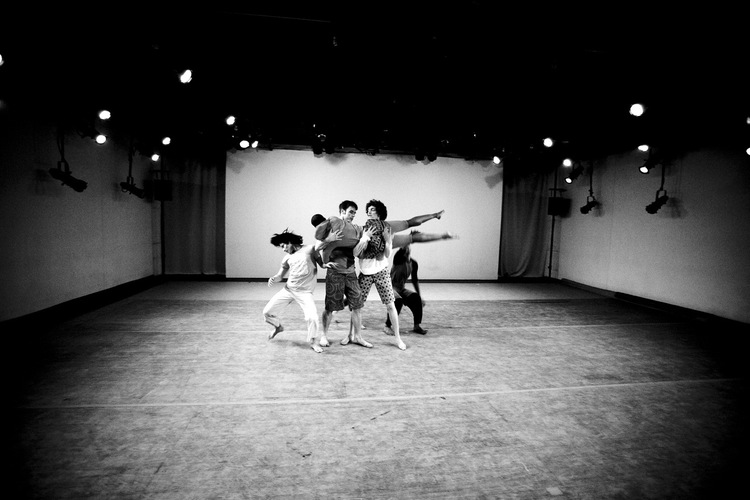 How would you describe contemporary dance to someone who doesn’t have a background in dance?

I actually looked it up on Wikipedia because people often go to Wikipedia to get a general idea. I have a lot of problems with the Wikipedia description of contemporary dance. The first sentence reads: “Contemporary dance is a dance performance genre that developed during the mid-twentieth century and has since grown to become one of the dominant genres for formally trained dancers throughout the world, with particularly strong popularity in the U.S. and Europe.”

In my work, I always look at intersectionality. Who’s performing? Who gets to dance? What is their age, experience, gender, history, etc.? This is all important information for the performer, choreographer, curator, critic and audience. But this is not unique to contemporary dance; it’s part of everyday life.

So what can someone expect in contemporary dance? They can expect a performance that will be live with bodies moving through space and that is responding to contemporary issues. I think “responding to” is better than “representing,” because successful imagery for me might not be successful imagery for another person, so representation—although definitely present—is not what I go to first.

I also think there’s an issue of aesthetic. The dominant perception of contemporary dance is through TV shows like “So You Think You Can Dance” and “America’s Got Talent.” That, to me, feels limited in its definition of what is beautiful and worthy. So when I talk to someone who has no conceptual framework for what contemporary dance is, they may ask if it’s like what they’ve seen on TV, and I say, kind of, but here are more things you could think about: history (histories of omission not being taught in curricula), dominant voices (like Cunningham, Limon, Duncan, Graham, Taylor…why are these voices dominant?), and then continuing on to the Judson Church era and ideas about resisting spectacle and embracing all movement as performance. 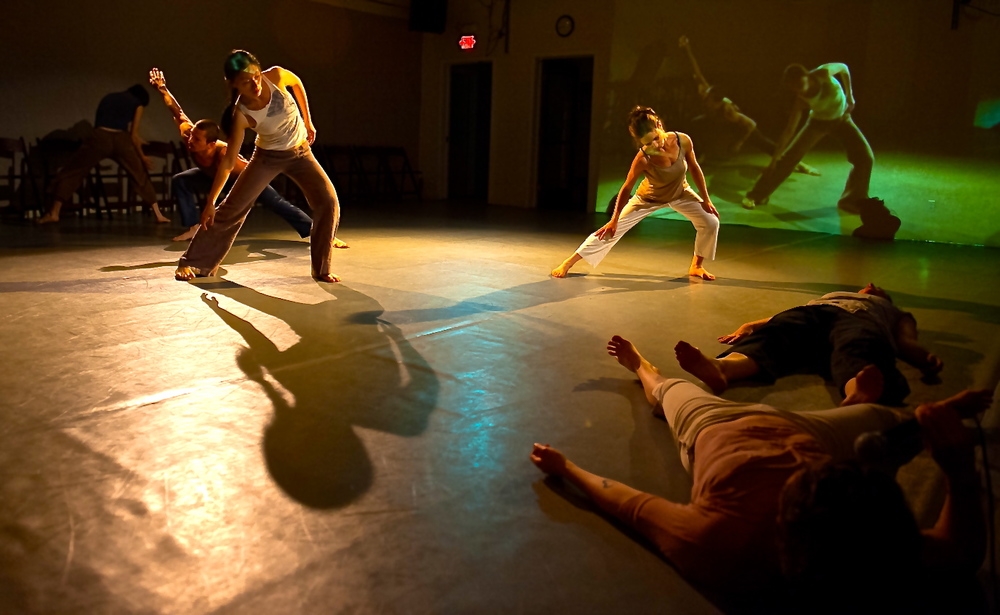 Based on the influences and dominant figures you just listed, do you consider contemporary dance to be an outgrowth of modern/postmodern dance, or a separate genre unto itself?

It’s problematic to think of contemporary dance in terms of time and, unfortunately, the word itself refers to time. Contemporary dance is related to, but not an outgrowth of, modern and postmodern dance. They are connected, but not a consequence of each other. The word itself, “contemporary,” feels like a trap, since it relates to time. It refers to a U.S./European sense of time and what is modern or postmodern, when dance has been happening for many centuries, and what was contemporary or modern back then is now considered primitive or ritualistic. I wish there was a better word than “contemporary” to describe what we’re doing.

What training and exposure do you think is necessary to be a contemporary dancer?

I came from Juilliard and have taught in the U.S. and in Europe, both in professional and academic settings. I would recommend somatics, learning about yourself and your relationship to your environment. We are interconnected. Usually, people come into my class with all this training from ballet or competition dance, and I have to un-do a lot of patterns and modes of thinking about what we’re trying to achieve and replicate. Maybe we don’t have to replicate anything, and can focus more on function rather than aesthetic effect.

All of these subsystems like Axis Syllabus, counter-technique and gaga that people latch onto are great because they create diversity and a wide perspective for dancers to train. People are rethinking the methodology of teaching technique, and even the very idea of technique class. Improvisation is also key. It is often separated from choreography, but a lot of contemporary choreographers use improvisation in their process.

Another thing I think about in terms of education is decolonization. What legacies have we been continuing in our education systems that don’t honor diverse points of view? We privilege American or European perspectives, and everything else like African dance or Indian dance are elective. I’m trying to look at technique beyond ballet and modern.

It’s always important to challenge titles and labels. When I say, “I’m a professor of dance,” people ask, “Oh, what kind of dance?” I say contemporary, and then I kind of make a face, because it’s not that simple. I wish I could have an hour to explain. 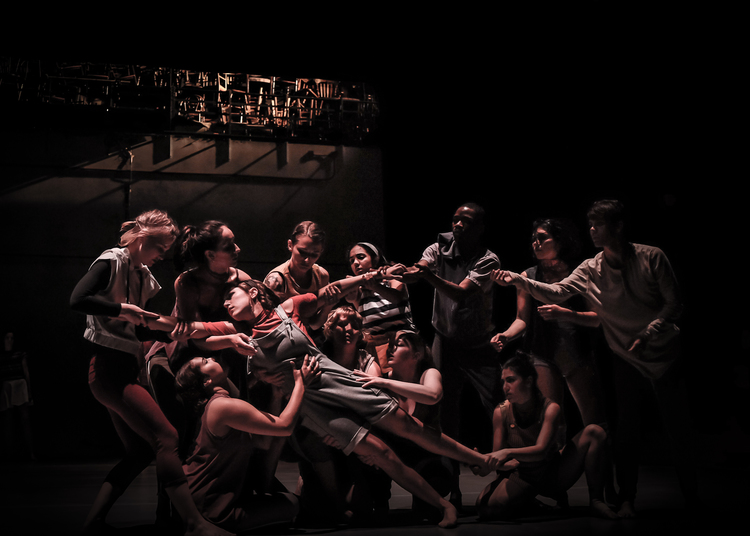 What do you perceive is your own contribution to the contemporary dance field?

I’m motivated by my own history. I’m looking at the colonial history of the Philippines and the collective cultural amnesia involved. People conveniently forget oppression in order to endure it. These ideas contribute to what I’m thinking about as an artist.

I just presented a paper about choreography as a colonizing force. One of the things I question is the dominant syllabi used in university dance programs around the country. I ask why we’re continuing to teach from select texts when, for instance, the masculine pronoun is always used to describe a choreographer. In fact, Doris Humphrey uses “he” to describe a choreographer, even though she’s essentially describing herself. I also found across the board an implementation of Liz Lerman’s critical response. I find it problematic because it asks us to be neutral. When I am asked to be neutral, I am essentially silencing my voice because I might hurt another choreographer’s feelings.

Do you have a sense of what post-contemporary dance might be?

If you look at dance festivals around the country, it’s increasingly inviting communal curation. It’s asking us to be activists and ask questions about our community. Rather than asking questions about what’s on the stage, we’re asking questions about who we are and what we represent. I think that’s a good and healthy trend. However, I think this trend is hard for people who watch dance and say, “I don’t get it.” They’re going to get it even less. There are layers of education that have to be addressed as we progress curatorially.

Maybe it’s because of Trump, but attempting to be neutral is related to white fragility. For me, as a person of color, when I talk about something that might be stressful or difficult, I often have to obfuscate what I’m saying and couch it in a place of “I’m not trying to hurt your feelings.” It’s similar when I apply the principles of critical response. I feel like I’m being surveilled. 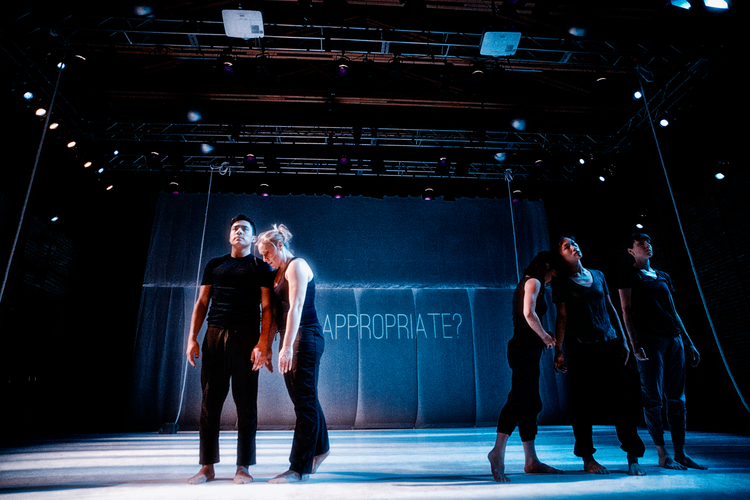 Gerald Casel Dance will be presenting its upcoming San Francisco home season at ODC Theater on December 8-10, 2016, and will feature a preview of Cover Your Mouth When You Smile (a collaboration with Seoul and Hong Kong based choreographer Na-ye Kim that explores racial melancholia, the model minority myth, and mimicry in Asian and Asian-American cultures), Thirdperson (a new work), and a re-staging of the acclaimed work Fluster (2010).

Gerald Casel was born in the Philippines and raised in California. He received a BFA in dance from Juilliard and an MFA from the University of Wisconsin-Milwaukee. He has danced in the companies of Michael Clark, Sungsoo Ahn, Stanley Love, Zvi Gotheiner, Russell Dumas, the Metropolitan Opera Ballet, Lar Lubovitch and Stephen Petronio, and has created choreography for The Barnard Project, New York University’s Second Avenue Dance Company, Da Da Dance Projects and The X Factor Dance Company of Scotland. He currently serves as assistant professor of dance at University of California – Santa Cruz, and as the artistic director of Gerald Casel Dance, which has been presented at Danspace Project, Movement Research at Judson Church, Dance New Amsterdam, Dance Theater Workshop, Joyce SoHo, Dixon Place, Dancenow NYC, Aaron Davis Hall, 92nd Street Y, The Yard, Jacob’s Pillow, Danceworks, Conduit, ODC Theater and Dancebase Edinburgh. Gerald is currently an ODC Resident Artist and Yerba Buena Center for the Arts Fellow.