An Interview with Jamie A. Johnson

Jamie Johnson is a Utah-based ballet dancer, teacher and choreographer who has danced, taught and presented work nationally and internationally. In this interview, she looks at how young women in ballet are either encouraged or discouraged to have a voice, and how more young ballerinas might become interested in choreographing.

As a young dancer, what was your ultimate goal? Did it extend beyond performing?

My desire to choreograph came later in my career. When I was a young dancer, my ultimate goal was to dance in a company—one that offered health insurance and the ability to travel the world.

While I was dancing professionally, other interests within the dance field co-existed with my performance career. For instance, I worked at a dance apparel store, in the box office of a theater, in marketing departments of dance companies, taught at dance studios, and choreographed. All these things were side by side, and I saw them early on as a way to support my performing goals. Increasingly, I realized I wanted to be involved in dance in every way possible, to be part of the conversation as a performer, educator, choreographer and researcher.

Did it seem like your male colleagues were more encouraged to have aspirations beyond performance careers?

Certainly in training, male dancers are treated as essential and vital. This idea gets reinforced by full tuition scholarships to summer programs and universities, and it’s highlighted by men receiving higher wages in dance companies than women. Because of the sheer number of females in the field, it’s easy for women in ballet to feel expendable. A female can easily be replaced, but a male not so much. It’s this feeling of expendability that tends to quiet women’s voices and empower men. 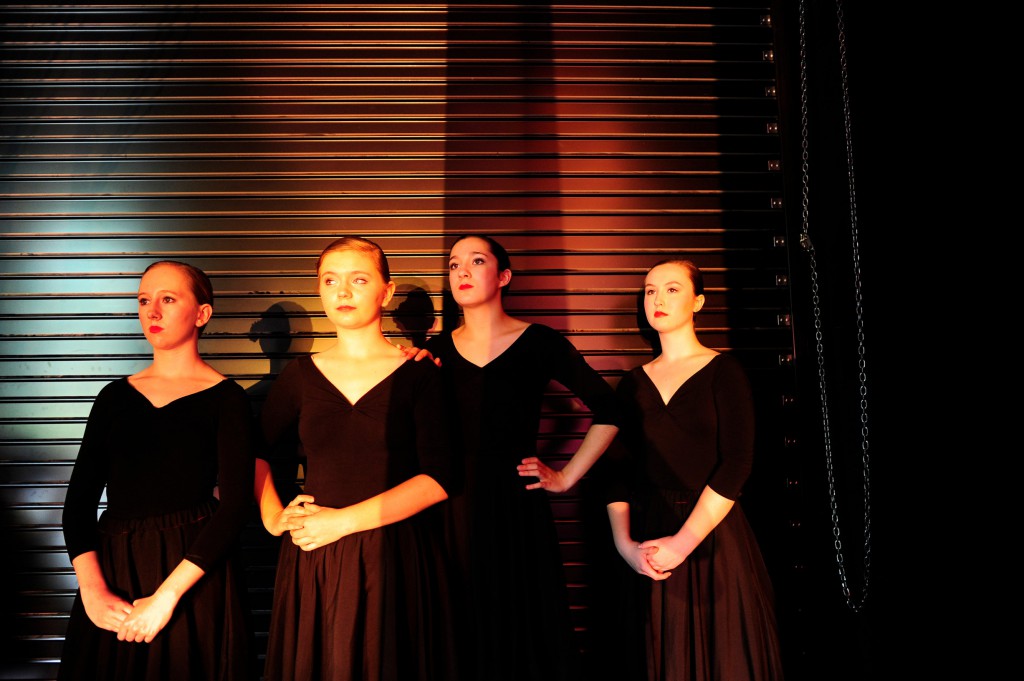 Do you believe the reasons why men routinely hold positions in power in the dance world are coincidental or endemic?

Because the field is so competitive, females may not always champion one another. I do feel there are more and more females taking on leadership roles in ballet companies around the world. We’re certainly seeing that at Royal Ballet, Washington Ballet, and many smaller regional companies. I myself danced in a couple different companies that were directed by women. But instead of females simply saying, “I did it, so can you,” there’s an opportunity for the conversation to change to: “I did it, and here’s how,” or “I did it, let me help you.” I wonder if part of the problem is the ingrained competitive nature of the field that prevents women from supporting one another in moving into directorial or choreographic roles.

To establish oneself as a choreographer, there is no set of rules to follow. Companies don’t hold auditions for choreographers. You need to have work to get work, so how do you find those opportunities? Certainly, there are emerging choreographer competitions, but opportunities of mentorship and development do more to move women forward in the field.

That leads to my next question: What might help more female dancers become interested in directing and choreographing?

I think changing the conversation within the rehearsal studio will help female dancers learn about the craft. This is happening more and more as ballet starts to adapt and take on choreographic processes that are more frequent in the modern dance world. In the ballet studio, the conversation tends to be: “Here’s what I want you to do, and I want you to do it on this count.” If we approach the process from: “I have an idea, how can we make it happen?” a more collaborative approach can teach dancers choreographic tools, and help them find their voice along the way. Just giving dancers a voice in the studio can be a small, but empowering step. 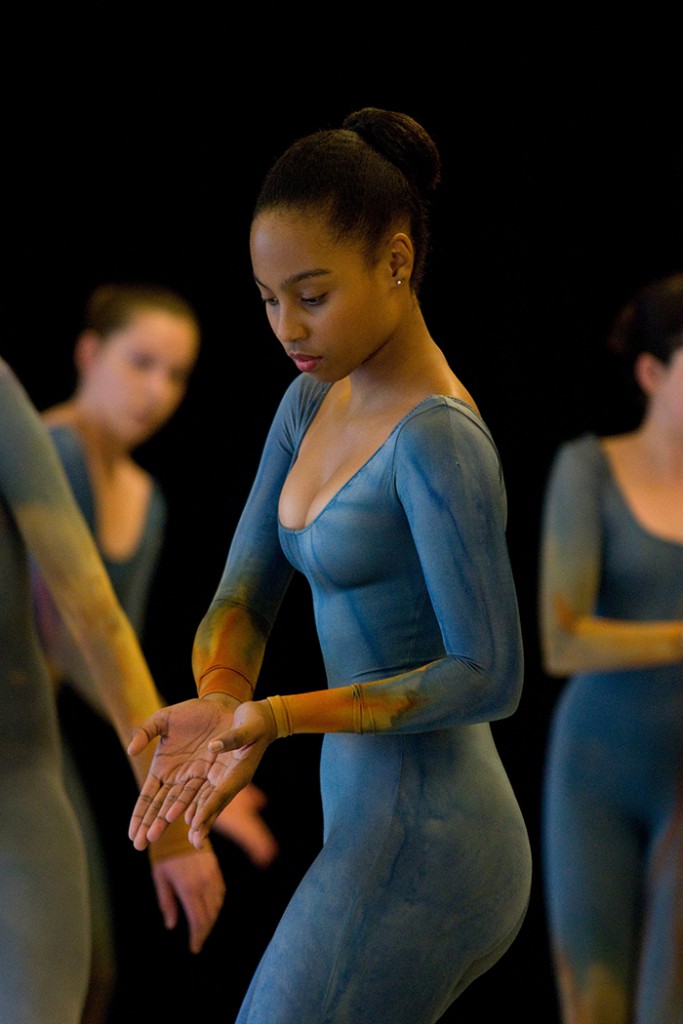 Talent has long been assessed in ballet through a male lens. How might a female lens change the way we view choreography?

The thing that instantly comes to mind for me is a female versus male approach to partnering. There tends to be this notion that women can’t teach partnering because they’ve only experienced it from the act of being lifted, as opposed to being the lifter. There’s actually a falsity there, because the men are also only one half of the equation. Sometimes, especially when partnering comes into play, women might not feel empowered to give directions because they haven’t considered that their part of the equation is as valuable. However, there’s a lot of embodied knowledge women have about partnering by the act of having experienced it. This can inform the choreographic process, though I don’t know if it’s getting validated.

I was featured recently in a program of women’s choreography, but I didn’t think of it as tokenism. I think it’s the step we’re at in this process. We will get to a point where women can just be called choreographers without the gender modifier. For where we’re at right now though, we need to continue to assert the value of women in the choreographic circle. I do believe we will get there, but I’m not sure we’re there yet. 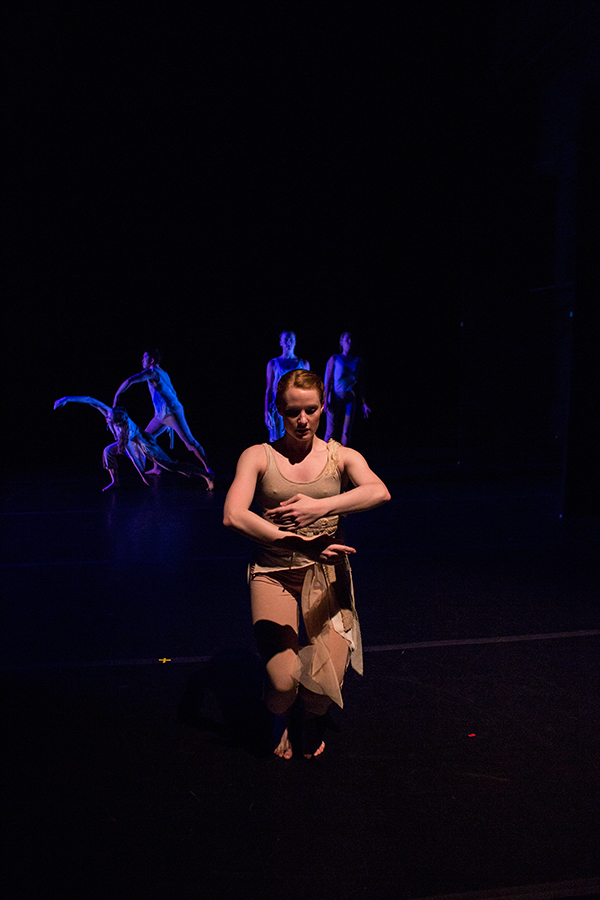 Jamie A. Johnson began her training under the direction of Christine Kirk, formerly of the Paris Opera Ballet. She was a scholarship student at the University of Utah, and went on to dance with Sacramento Ballet, Ballet Pacifica, Ohio Dance Theatre, Boulder Ballet and MOMIX. Jamie is also an accomplished teacher and choreographer. She has taught as a faculty member and guest teacher at the University of Washington, Interlochen Arts Camp, the University of Wyoming, and Utah Regional Ballet. Her work has been performed by St. Paul Ballet, Boulder Ballet II, Interlochen Dance Ensemble and West Texas A&M University Dance Ensemble. Jamie holds an MFA in dance from the University of Washington, and is an assistant professor of dance at Utah Valley University. To learn more, visit www.jamieajohnson.com.