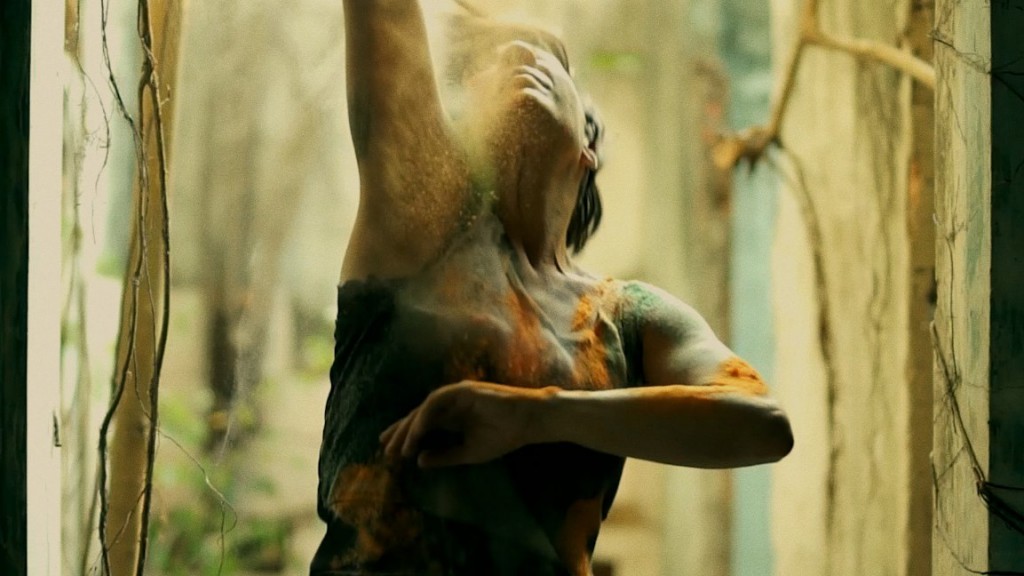 I’ve performed solos mostly since living in Southeast Asia. I did a few in Thailand, Singapore and Malaysia, but in Vietnam it’s a bit trickier. There are not many places for modern dancers to perform in Vietnam and, in order to perform in a theater, there are many hoops to jump through. Even when you’ve jumped through those hoops, you’re not entirely promised that you’ll actually get to perform. I rarely take class because no one offers modern dance classes here, so I spend four to five days a week training myself in my second bedroom, which I turned into a creative space. This has gone on since I moved here in 2011. To be honest, it’s really challenging to keep myself motivated, but I have no other choice.

When I was living in Tunisia, I took on a lot of freelance projects in the UK and Europe. All of them covered my transport, accommodation and salary. I’ve done a few larger performances and events in Saigon. I created a festival called The Melting Pot in 2012 which brought art, music and dance together because most of the arts were happening separately when I first arrived. I’m a big fan of collaboration and I wanted to meet like-minded artists and create a platform for people to showcase their talents, as well as myself. This was mostly funded through corporate sponsorship and all of the proceeds went to local orphanages to buy art supplies and musical instruments.

In 2013, I created a collaborative project called Standpoint Theories. The first installment was purely funded by myself. My personal funding comes from teaching movement workshops and teaching English as a second language. The second installment of Standpoint Theories, titled Legends of Vietnam, was funded by a civil society grant I was given from the American Consulate of Ho Chi Minh City for the U.S. Mission to Vietnam’s Small Grants Program to celebrate the 20th Anniversary of the Normalization of U.S. – Vietnam Relations in 2015.  I also received donations from family and friends as well as through other artists involved. However, the third and final installment was again funded by myself and, unfortunately, I had to take out a loan to cover the expenses. 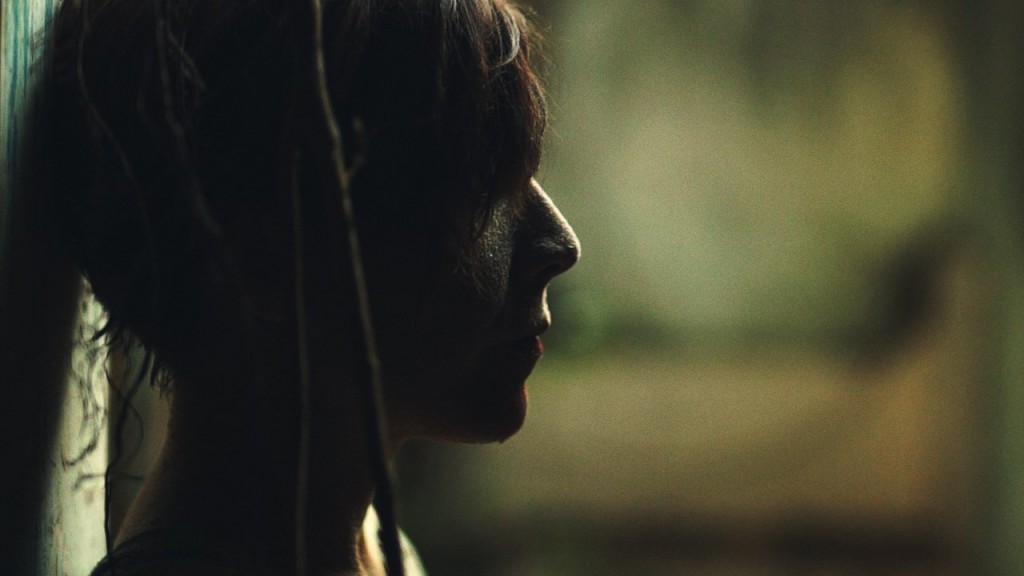 What are the benefits and drawbacks to working the way you do?

Everything I’ve set up for myself in Vietnam has been complicated. I discovered that being an American in a foreign country doesn’t lend a great deal of opportunities to find a grant. Illinois is my home state and, in order to get a state grant, the work needs to benefit the state of Illinois to some degree, as well as include a performance there. National grants tend to follow similar guidelines. To find a grant in Vietnam, you need to create work that exhibits benefits to the country as well as cultural exchange. If you want to get corporate sponsorship, expect your show to be branded. That never was appealing to me.

As a foreign artist in Vietnam, it’s crucial to learn about the laws and expect some hidden rules. There are licenses that must be applied for before you can produce any performance or event. This means you have to submit all content of the program, provide lyrics of the music that will be used, submit the music itself, send in passports and home country information of any foreign artist involved, and pay a fee which is expected to be much higher than a local would have to pay. If it’s approved, you make the payment for the license fee and then the cultural police come the night before the opening of your performance. Depending on the content of your performance, they may just watch 10 to 15 minutes and leave, which means everything is okay and your performance can actually happen. However, the final installment of Legends of Vietnam was censored and highly criticized. Was it because I no longer had the support from the American Consulate and was solely on my own again? I don’t know. I was given several ultimatums but chose not to accept any of them, so I had to close Legends of Vietnam.

Freedom of expression is yet to be fully honored in Vietnam (not only for foreign artists but for locals as well). This has been the hardest obstacle to overcome and accept. In Legends of Vietnam, I retold six Vietnamese legends through illustration, animation, original live music and dance. The first legend was the origin of the Vietnamese people and truly embodies the essence of the country’s culture. Legends two through five were known as the Four Immortals. Before major religions were present in Vietnam, the people had developed their own beliefs. As well as worshiping their ancestors, famous craftsmen and heroes, they also worshiped the Four Immortals: Son Tinh, Saint Giong, Chu Dong Tu and the Mother Goddess Lieu Hanh. Son Tinh embodies triumph over natural disasters, especially floods; Saint Giong represents the will to fight off foreign invaders; Chu Dong Tu symbolizes love; and Mother Goddess Lieu Hanh signifies a rich spiritual life. The final legend was about Ba Chua Xu, who represents the power of women and helps them achieve a successful and prosperous life. 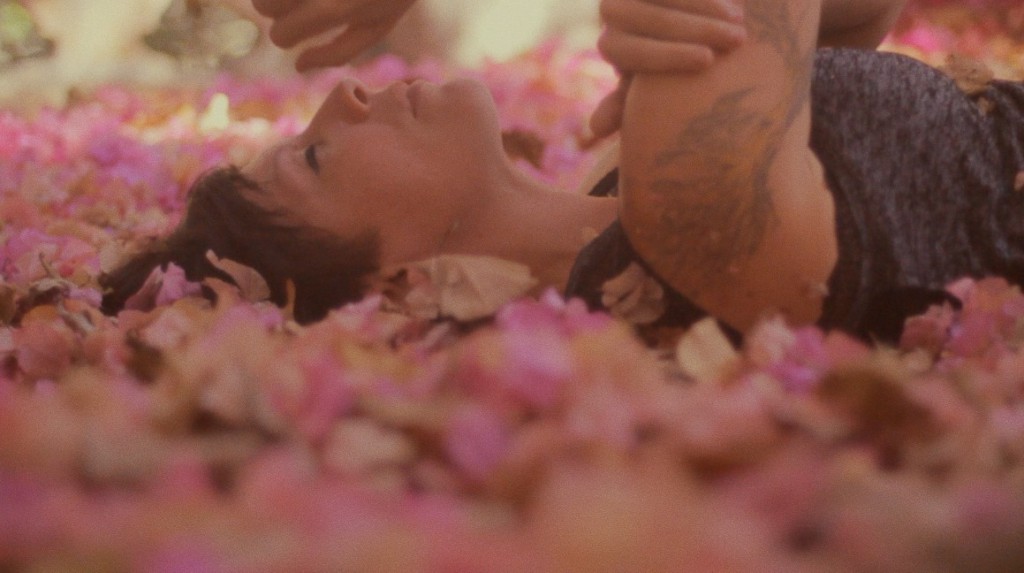 In the five years I’ve lived in Ho Chi Minh City, I’ve watched it change immensely. There’s been a massive economic boom, but sadly that means that many old buildings have been torn down, so the city looks like many other modern cities. I’ve seen the culture get lost a bit and that makes me sad. I also want to show my fellow Americans there is much more to Vietnam than the American War. Despite the artistic challenges, I will say I have learned more than I ever expected from the artists involved in Standpoint Theories. Although we came from different artistic backgrounds and cultures, the project allowed us to have a deeper commitment to the arts and to experience cultural exchange. For that, I am forever grateful, but the rest has been a difficult pill to swallow. When I leave Vietnam next year, I hope to not make the same mistakes again wherever I end up.

How do you personally measure success? When do you feel most successful?

A few months ago I was nominated to be a speaker for TED Talks, and I was really confused as to why I was chosen, but that would have to be a moment when I did feel some form of success. It was a chance to share my experience in dance working with the many others I’ve met around the world. When I collaborate with others and I can help them to bring out their strengths, I feel successful. There’s a saying I often think of when I collaborate which is “The only person your ego is appealing to is yourself.” I feel success can only really come when you’re willing to put your ego aside. It makes me happy to watch others grow and become better people because, in return, they have actually done the same for me. 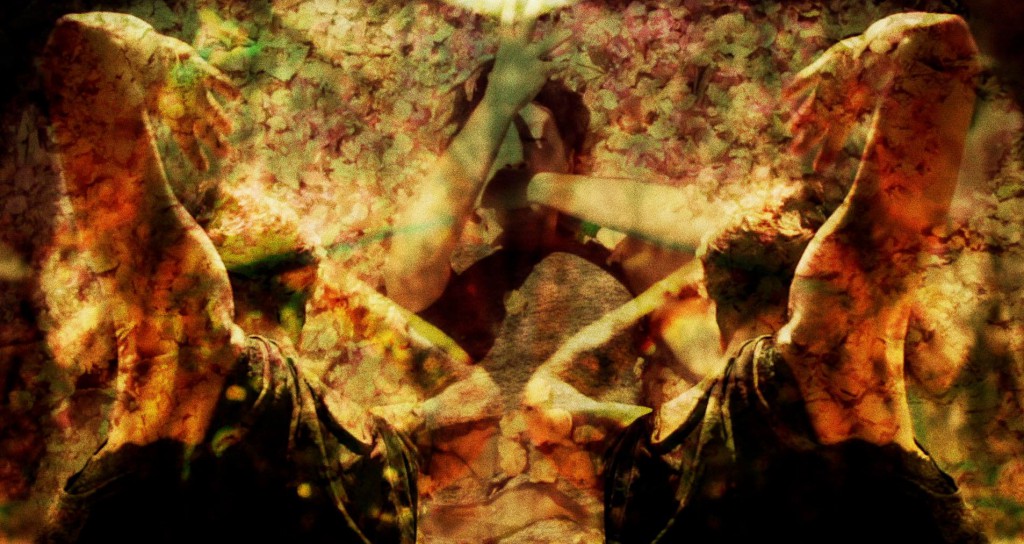 Emily Navarra has a BA in dance studies from the University of South Florida. Her work as a freelance artist has been presented in the United States, Europe, Southeast Asia, North Africa and the United Kingdom. She formed Standpoint Theories – Legends of Vietnam in 2013 as a collaborative project retelling Vietnamese legends through dance, visual art and live music. In 2015, she founded The Movement Kitchen, which aims to create an environment to encourage further understanding of the art of movement, both mentally and physically. She currently resides in Ho Chi Minh City, Vietnam.

One Response to “Lessons from Vietnam”