An Interview with Stephanie Maher

Ponderosa Dance, located in Stolzenhagen, Germany, is an international dance meeting space in the countryside outside of Berlin. It offers artist residencies, studio rentals, workshops, festivals, contact jams and performance venues. Stephanie Maher is one of Ponderosa’s founders, as well as one of the artistic directors of the residency program P.O.R.C.H.

This interview is part of Where Dance Is, a series of interviews with dance artists working in rural places. 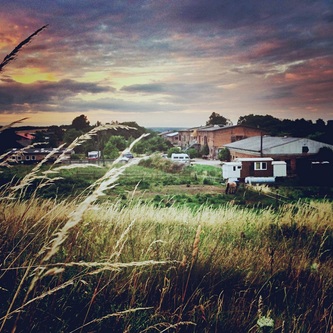 What was the genesis of Ponderosa?

It was very organic. I was involved in a cooperative to save the spaces of an old farm. Then we built a dance studio there. And then it was about keeping my connections in San Francisco, where I had danced for 15 years. I kept inviting colleagues and friends, and that started to create the framework for Ponderosa. This was in 2000-2001.

My family and I lived in Berlin to begin with and drove back and forth to Ponderosa. It’s about an hour drive. We did this for about 10 years, because it wasn’t comfortable to live there yet. Then we lived there full-time for eight years. Then we moved to the states for two years while I got my masters at Smith College. We’re in Berlin now, since I have two children in school. We’re back to driving back and forth.

Ponderosa is comprised of a non-profit, a cooperative, and some entities that are privately owned but get shared. Many structures create the economy, and can blend or be separated as need be. It informs how we share things, how we allow people to be there, how we create exchanges, and how we create a business. It’s many-layered.

What is your current dance practice?

It’s strange right now because I think I just became a business woman. I went to Smith, did my masters in choreography for two years, and enjoyed the luxury of just being a student. Then I went head on into creating financial structures for the space. As a result, I haven’t been doing much dancing. I’m very much in between the spaces or moments, facilitating a lot, still teaching a lot, and still very much body-based, which means I think I’m performing all the time. I also do a lot of gardening and being in the dirt. I think of it as a meditative daily practice trying to be aware of everything. How do I walk? How do I dig? How do I talk to people?

We have a summer residency program called P.O.R.C.H., which stands for Ponderosa Ongoing Research Collaborative Happenings. I found curating short workshops to be exhausting with all the coming and going. With P.O.R.C.H., people stay from one to three months. It’s open to people who have gone to college, maybe have been in a company, have done their own work, and are now a bit jaded or confused. In the field of dance, it’s confusing how to make a living. You wonder: Do I stick with it? Do I create work myself? P.O.R.C.H. offers a thread for people to make connections on a global level. It’s also a great example of Do-It-Yourself. There’s one module that’s about body practice and improvisation, another module about creating a daily performance practice, and a third module for creating choreography. When people come, they tend to drop their ideas about what they think dance is and reinvent themselves. The conversations get quite real when you invest enough time. Dance is a hard profession, and we hope to present some good options. 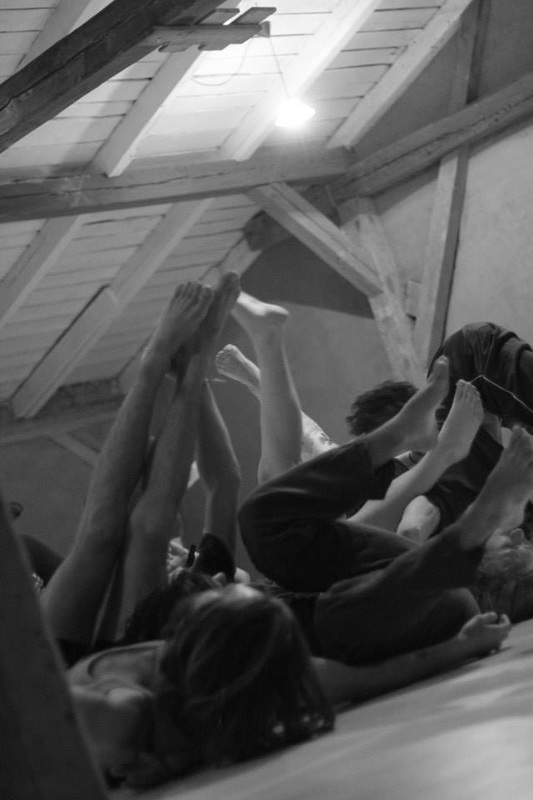 What are the benefits and drawbacks to Ponderosa’s rural location?

We get very little funding. We get about $10,000 a year for our summer festival, but otherwise it works because we’ve made many compromises. We’ve lived in the space, shared our bedrooms, and created work exchanges. Somehow, that has made the place blossom.

Stolzenhagen is full of wonderful people who are not artists or dancers. It’s satisfying being around them even though they don’t all like contemporary dance. They often find it unsettling to watch bodies shake and roll on the floor. But we coexist.

What do you perceive your impact has been, both on the dance community and the local community of Stolzenhagen?

Some people in the local community are very fascinated by what we do and come to the performances. Others don’t want to see any of it. There’s a utopic idea we have about countryside, freedom and the body, but sometimes it’s not the right venue for everybody. Some of the best performances are for two people in a private dialogue.

People come to Ponderosa and have life-changing experiences by running in the rain naked, by being challenged in their capitalistic, consumerist self. People are blown away by the space, and sometimes by the perceived rudeness of Germans, who aren’t too friendly. It’s a culture shock moment. People who come here are stretched to ask how they’re connected to the world, how they approach dance-making in this weird makeshift international community. It’s hard to pinpoint. You feel the bridge or the wall. The misinterpreted moment. And there’s nothing you can do about it. Sometimes we’re not always able to communicate.

But I keep feeling the bliss people experience. The studios and countryside are beautiful. The whole thing builds year after year. I have long-term relationships with the teachers who come. It’s not superficial.

I felt very lonely for a long time performing and touring in places where I didn’t feel connected. I didn’t choose to set up Ponderosa in the East German countryside, but it’s phenomenally beautiful. And I find it fruitful to perform for a small incestuous little audience. The period of exchange is more satisfying than trying to show my work in New York. I don’t need it. It feels too distant somehow. I don’t enjoy the disappearance afterward of myself and/or the situation. It doesn’t have continuity. In Ponderosa, I don’t need a producer or advertiser. I can stay and keep going on so many different levels. In that regard, I consider myself lucky. 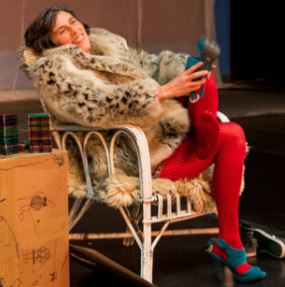 Stephanie Maher was based in San Francisco for 15 years, dancing in several collectives, particularly with Jess Curtis, Keith Hennessey and Kathleen Hermesdorf. In 1998, she relocated to Berlin, Germany where she continues to perform, organize, develop and teach. She helped found the Ponderosa Tanz/Land Festival and P.O.R.C.H. in Stolzenhagen, Germany.