On a damp July evening back in 1994, I walked hand in hand with my grandmother who, if my memory serves me correctly, had told me we were going to get ice cream. I hadn’t turned five yet but was already spending my mornings before pre-school throwing silent tantrums in the kitchen, hiding behind curtains, and refusing to get on the bus. So whenever I made nice and got to school on time, my grandmother felt obliged to show her appreciation. That day, however, we didn’t make the usual turn to the ice cream shop. Instead, we crossed the street and entered a tree-lined driveway that took us to an old stone mansion. An errand boy ushered us in. We passed through a high-ceilinged living room crowded with cane furniture until we reached an archway that led to an expansive courtyard surrounded by columned corridors. A stereo playing classical Indian music sat precariously on the edge of the platform, and I could hear the voice of a woman talk over the music. The woman, a young dance teacher, was clapping her hands in tune with the music, wading through a group of girls around my age, instructing them as she walked. I doubt I could ever forget that scene; standing in the archway, I was completely mesmerized. This was so much better than ice cream. I even took to the dance teacher, she was graceful and pretty and everything I wanted to be when I was a little girl. For some reason, though, the dance teacher I got was anything but the one I wanted. I took private dance lessons in Kuchipudi, (a Southern Indian dance form) from an old, strict, extremely dedicated man who made school seem like a better idea.

The arts community at the time ran on the basic principal that classical dance was important, its history mattered and it brought the south Indians in Mumbai together to celebrate its tradition. I took my lessons from this gentleman for over a year and, by the next summer, I was through with all six levels of basics, ready for the “grown-up” part. This actually sounds a lot better than it was. The truth is, with my grandmother around, anyone could have made it to pro lessons. All that was required from me was to show up to class, and hopefully not cry. She’d ensure the teacher wasn’t too nitpicky with movements. It wasn’t until I was about nine years old that I really discovered Kuchipudi, this time formally: studying the greats, taking more than three lessons a week, and even learning the music.

The class was a land of children until the day of a performance, which usually happened during a festival season. Makeup artists would be called in and the mothers would gather around their little girls fussing over their outfits, feeding them so they didn’t faint, and doing their hair. They were always worried about the hair. Aside from the occasional yelling that happened between mothers and their daughters, it was quite a family-like gathering in the green rooms. For most parents, this was a great occasion to both brag and whine simultaneously about the numerous other events they were required to attend. For my mom, though, this was it and, the way I saw it, she didn’t have any reason to complain. I never played a sport in my life, never ran track, I wasn’t even part of a school club. The only other big thing I did was drama and that was once, maybe twice a year. So when dance performances happened, it was a big deal.

I loved being on stage, even if my audience was only six people. The experience was glamorous and empowering at the same time. The few seconds before I went on stage were my favorite, the beat from the tabla, tat tat ta ta tat, at the toes of my feet as my teacher would begin to sing, the gentle hum from the sitar and finally a rush of energy bursting forth as the curtain rose or, as in most cases, the door opened. Curtains were a luxury. But most of all, performances made me happy when my teacher approved. I’d sneak a glance in her direction during the act and, if she was frowning, it meant that I was doing great. The cheering never affected me too much; I just liked being there in that moment, feeling like I possessed an art that a majority of people in the room could only appreciate and not practice. It’s humbling, even to a nine-year-old. I danced for a good portion of my life, performed so many times that my ankle bracelets were beginning to wear out. Like I said, it was all I did, and, in retrospect, I was pretty good.

When I got to college, my teacher had moved, as did my friends and it was understood that I too would give up dancing. My mother didn’t give it much thought either. I suppose we never really saw a “career” in dance. So I continued to do what I had to, found my path and now, I dance Kuchipudi as often as I go on a juice fast — almost never. Over the years, most of my dance friends have either been ballet or contemporary dancers and trust me when I say this, it’s much cooler mimicking ballet at a party than it is Kuchipudi. No, I’ve never tried. I suppose this absence of dance in my life after all this time has somewhat adversely affected my ability to be visually expressive. Dance does that to you, it inculcates a discipline and a confidence within you that helps break certain societal dos and don’ts.

While talking to an old dance friend before writing this essay, we stumbled upon some old photographs of us at rehearsal. I remember that the photos were taken at a particularly difficult time in our lives for various reasons, but none of these pictures reflected those emotions. Dance, unlike any other art form, is so intimate, that it all but physically transforms you into another time and place, allowing yourself to be free.

A professor of mine once told me to fall back on what I do best as a means of mediation, and what I do best is the work I do now. I can’t say I don’t love it, but the dimly-lit practice room in my friend’s house, the sound of feet on the wooden floor, and the uninterrupted hours of my dance teacher’s soothing voice singing, as we glided through the room is far more meditative than standing long hours with a bulky camera perched on my shoulder. 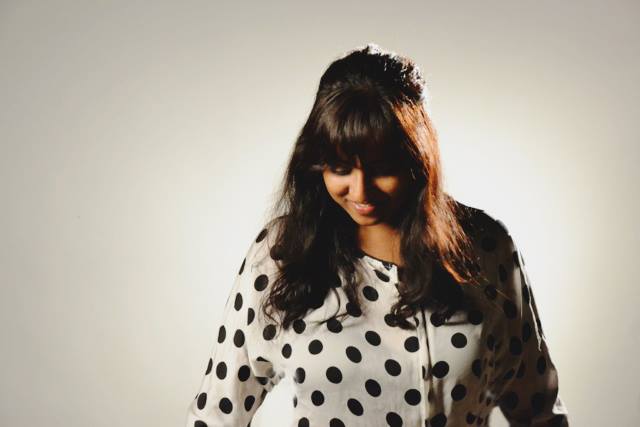 Uttara Valluri is a trained dancer in Kuchipudi. She decided to give dance a break when she joined college and has since gone on to pursue other art forms. Having just graduated from the University of Southern California, Uttara is now arts journalist and independent filmmaker. When she’s not making resolutions to start dancing again, she spends her free time traveling and pretending to be a cool photographer.