I can’t identify one specific event that caused me to stop dancing. Over the years, a series of factors came to a head leading me to take the focus of my life in a different direction.  I started dancing, specifically ballet, when I was three. As a child, and even throughout my high school years, I never considered making a career out of ballet. There were just so many other activities, both in and outside of academics, that I enjoyed and showed more natural talent for. In fact this relative lack of natural talent in ballet was one of the things that drew me to it most. I’ve always loved feeling challenged, and it is impossible to achieve perfection in ballet. This was a constant driving force in my desire to continue. Because I had been in a pre-professional ballet program throughout my childhood, as senior year of high school approached, my friends were struggling with one question: college or professional company? I say my friends, and not myself specifically, because this was not something I ever gave a second thought to; of course I was going to college. I was most concerned about how I was going to factor ballet into my life going forward and knew I wasn’t ready to give it up entirely. This led me to a happy medium: the University of Utah, a place where I could continue rigorously training in ballet and also pursue other academic fields of study at a high level.

Being exposed to such committed instructors and classmates in the ballet department at the University of Utah motivated me to shift my focus toward a career in professional ballet. I spent the first three years of my undergraduate education with this goal in mind, taking extra ballet classes and performing every chance I could. During that time, I also took classes in the sciences that were always interesting and challenging; human anatomy, in particular, made me think twice about the career path I was on. Between my junior and senior year, I realized I didn’t have the necessary passion to pursue a career in ballet above anything else. The final straw came when I didn’t receive a promotion I had been working for throughout my entire tenure at the University of Utah. At the level I was performing at, a professional career would have been challenging at best and my other talents outside of ballet became more enticing. A particularly difficult aspect of ballet that I could never wrap my head around was that hard work didn’t always pay off; in fact, it had almost no relationship to the success I had achieved over the years. There was too much subjectivity, which wouldn’t have been sustainable for me in the long term.

Over the last almost decade in which I have not been dancing regularly, my relationship to dance has become more complex. I still absolutely love to see great dance performances and then afterward am usually inspired to go take a class. However, being in ballet class is incredibly frustrating. I know how to execute the movements, but my body can’t do so in a way that is even close to the level I was formerly at or the level I hoped to achieve throughout my years of training. Additionally, performing was the thing I loved most about ballet, which is obviously far from the realm of possibility for someone who can barely get through class. I hope that as I get further and further removed from my years of pre-professional training, I can take class for the enjoyment and exercise it provides and not be so critical of myself.

I have been very fortunate to have a mother who remains active in ballet. She did not dance professionally, but has danced consistently for recreation since she was a child and continues to take class several times each week. Whenever I visit home, I take class with her. These adult classes, though infrequent, have been a great way for me to see what my future in dancing could be. The atmosphere is supportive and friendly. The people who take them are trying to exercise in an enjoyable manner. This kind of relaxed environment is very encouraging, though far less rigorous. Finding a place like this is, of course, the challenge. Once my schedule becomes more predictable, this is something I hope to pursue. Who knows how far I will take it or if performing again is in my future.

Even if I never took another ballet class, I could not do justice to the way in which ballet shaped my personality, work ethic and life in the almost twenty years I was actively dancing. The constant pursuit of unattainable perfection instilled in me at an early age has kept me disciplined and constantly striving to be better in every aspect of life. Accepting and bouncing back after disappointment is a skill that has made me more resilient, as I dealt with this frequently during my dancing years. The ability to accept and implement constructive criticism has been key to the success I have experienced in my current profession. On top of these intangible factors, the friends and mentors I made throughout my dancing years remain some of my closest relationships and have helped keep me grounded despite my shift in career. 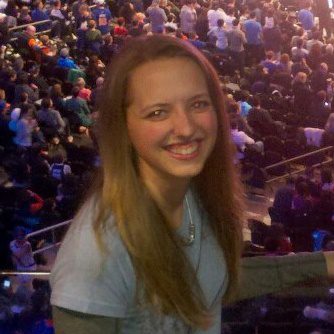 Maria Walline has a BFA in ballet performance from the University of Utah and an MD from New York Medical College. She grew up in Kansas City, dancing at the Somerset Ballet Centre and later the Kansas City Ballet School. During her years at the University of Utah, she traveled with the Character Dance Ensemble to Beijing, China, St. Petersburg, Russia, and the Basque region of Spain. She trained and performed in both character dance and ballet before moving to New York to begin her medical training. She currently lives in New York City with her husband, Conor, and is an anesthesiology resident at New York Presbyterian Hospital-Weill Cornell Medical Center.