Dancing was a coincidence for me; it was because of my mother that I did my firsts steps. For a while, it was entertainment – I was a very active kid and I loved to move (and also loved the attention I received). The decision to pursue a career in ballet would not come until I was 16, after attending the Sussex Summer School. This was surely the catalyst that led me to become a professional dancer. I trained in London for three years at Central School of Ballet and then I danced for Bayerisches Stattsballett I & II in Munich for another three years. These six years were full of rich experiences both within the arts and outside of them. However, there was a moment when I decided to rethink my situation and my future goals in life.

I could not count the times that I have been asked: why did you stop dancing? What are the reasons? And I have always tried to answer with what I felt at that moment, realising how the answer was changing slightly throughout time. If I had to put it together in one sentence I would say: it was not enough for me. I do not mean that dancing is not a fulfilling career for some, but in my case, the opportunity cost became greater as my years in Munich were passing by. Certainly I was not the same person in 2013 that I was when I joined the company in 2010, and my concerns and goals at the end had little to do with ballet.

There is a thought that has come to my mind several times since I stopped dancing, and this is: “How different it is to experience a performance from the audience or from the backstage point of view?” I do not mean the obvious, but the confrontation between the magic that one perceives from the outside against the crudeness that some dancers go through at some point. My relationship with the art is good, I have learnt to appreciate movement, music and aesthetics. I enjoy a good performance, but I am disappointed with how some people in the industry corrupt and mix its pureness with their own perversions, meaning unhealthy habits of all sorts.

At this moment, I do not see myself coming back to dance in a professional way. Though I have not taken any class since I stopped, I still do some plies and tendus every now and then when I exercise. It is obvious, at least for me, that a well-executed ballet barre (for example) brings excellent benefits to one’s physical condition. Nevertheless, there is a chance that in the future I will take a class to connect myself and the music like I used to.

Overall, dancing has been a life changer for me. I am what I am by my experiences and for a big part of my life, ballet was the center of it. Physically, it shaped me; mentally, it made me tenacious and demanding. Through dance, I had an enormous cultural exchange and I got a grasp of different languages. Maybe I will not make much use of the technique I acquired with training, but the benefit that I gained will accompany me for the rest of my life. 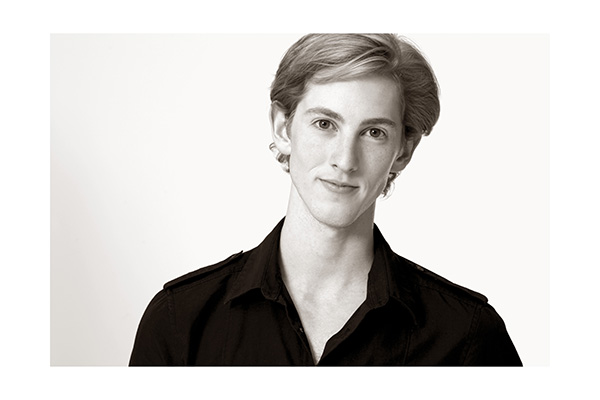 Carlos Salcedo de Zárraga lives in Getafe, a suburb in south Madrid where he attends the Universidad Carlos III de Madrid. He is in his third year of a four year degree in economics focused on quantitative analysis. He danced with Bayerisches Staatsballet, performing in major productions like Swan Lake, Sleeping Beauty, Don Quixote and La Fille Mal Gardee, as well as modern works by Jiri Kylian (Symphony in D), Nacho Duato (Jardi Tancat and Nafloresta) and Balanchine (Who Cares). He also performed many times around the UK with Ballet Central.

One Response to “It Was Not Enough For Me”