An Interview with Jane Hawley

Jane Hawley is a professor of dance at Luther College in Decorah, Iowa. She developed the Movement Fundamentals curriculum. This interview is part of Where Dance Is, a series of interviews with high level dance artists working in places not well known for dance. 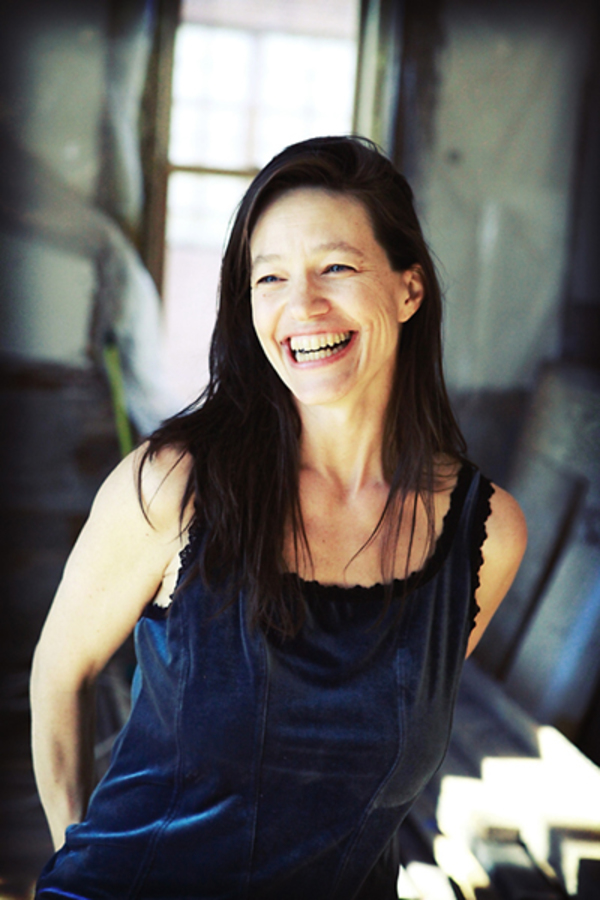 I live and work in Decorah, Iowa. I am a dance professor at Luther College. The town is about 8,000 people, and plus the students of the college it’s about 12,000.

How and why did you end up in Decorah?

I went to Luther College as a student. I really wanted to go to the University of Colorado – Boulder but when the farm crisis happened my dad couldn’t afford out-of-state tuition. So I ended up going to Luther as a second plan, and at age 19 that’s where I started dancing. I got a degree in theater. Afterward, I was accepted into the Alvin Ailey American Dance Theater certificate program. My take-away from that time was both Dunham technique and improvisation as well as the movement research scene.

I realized how much more affordable it is to live in the Midwest. I also felt my creativity was being stifled in New York, so I moved to Chicago. I danced in Chicago with two different companies. One was a contemporary/modern/ballet company under Rosemary Doolas in downtown Chicago, and I was also the token white dancer in an all-black Dunham company run by Tony Gomez who was one of the original Dunham dancers. I did that for about five years.

I decided to get my MFA in choreography and performance from the University of Illinois. After I finished, I had some offers to return and dance in New York, but I wanted to start a collaborative arts nonprofit in Traverse City, Michigan. We ended up having a company comprised of dancers, improvisers, musicians, painters, poets and even architects. It was a fabulous and really prolific time in my life. We operated out of a facility called the DEPTH Foundation – Developing Educational Practices and Theory. I was also teaching improvisation classes to the ballet dancers and making work on the students at Interlochen.

Then Luther College called. I was working on a new way of training dance artists by looking at the body as a tool, how to know your tool and then to invent what you want to do with your tool, as opposed to teaching dance through mimicry. In the process, I developed the tenants of what became known as Movement Fundamentals, which include alignment, function, range, efficiency, vocabulary and intention. That’s when Luther started to become interested in my curriculum. They asked me to come for a year and try out my new curriculum on the students. Now I’ve been here at Luther College for 15 years. 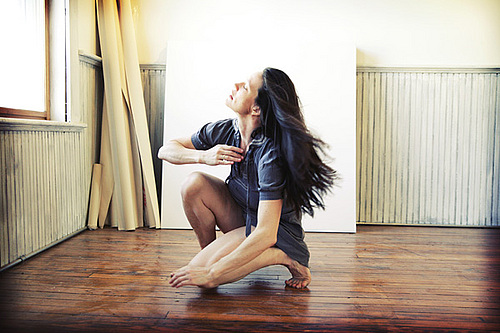 My daily dance practice can be characterized as intentional movement, moment by moment. That’s something I’ve been working on for so long it’s almost become second nature. When you teach at a college you have to be so articulate about what you’re doing; it has really pushed me to articulate my curriculum in a way I might not have if I wasn’t in an academic setting. I wouldn’t have written so much about it. That was a really interesting shift creatively – not just practicing but writing about it as well and then the writing started to inform my practice. I found I wanted to take the studio outside of the studio and in essence practice my dancing all the time. By default, I’ve been able to keep my body able to dance at age 50. My body feels really good, and it makes me incredibly amazed with the body’s capacity to think and move. To feel that is the sweetest little gift. 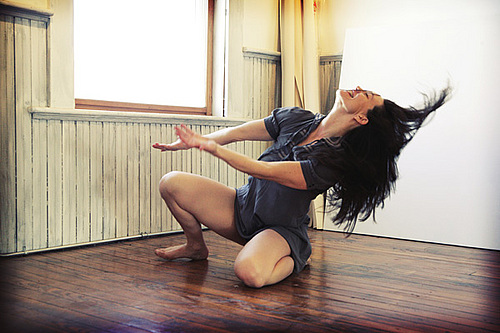 How would you characterize the overall dance scene in Decorah?

There’s a local studio or two that teaches ballet, jazz, hip hop and lyrical to younger kids. Some of our students in the dance program at Luther teach there as well. We have some dance courses at Luther that go into the community so we can salt and pepper them now and then but it’s not a scene, per say. People started wanting to become certified in the Movement Fundamentals curriculum so they could teach it, so in the summer for the past three years there’s been a workshop the third week of July where people come from across the nation. A scene develops for those eight days in July.

What are the benefits and drawbacks of working in dance in Decorah?

The benefits are extreme self-discipline with innovation. Necessity is the mother of invention, and that self-discipline has been such an incredible gift. The drawback of not having a scene makes me work with my students as if they were my peers. The fact that they could be all ages or abilities makes me refine my own choreographic style. Whatever I do, anybody has to be able to be in it — and I literally mean any body. I want to make work that is aesthetically satisfying and also meets that tenant of being for anybody, so it’s really an infinity relationship where the lack has made me able to access abilities I wouldn’t have developed had I been in a community with a lot of contemporary dancers. The drawbacks seem to fuel what is actually innovating.

I also have four boys, and this job has been incredible as a single mother to be the main financial source for them and give them the opportunity to go to school, especially as I work in dance.

Another thing too is it’s really fun to do all this stuff under the radar — to be able to just experiment and not have the pressure. I don’t have to constantly produce or have a big name.

What impact do you perceive you’ve made on your local community?

I’m not sure. It’s hard to know from the inside. The tagline for Movement Fundamentals is “liberating practices for dance artists | movement in life and art.” I think the way this curriculum and the way I work has affected the community at large is it gives agency to the body as a dancer, so all bodies are dancers. Then it’s more about what the choices you make are with your body as you move through life.

I try to do a class in the community every semester, and people come for all different reasons whether it’s psychological or health-wise. It gives the body agency to be a dancer no matter how you define it. It keeps us from becoming dead wood. No matter who’s in the class, it will always be different because of each person’s background, experience, how they work with their body, etc. If you think about dance this way, then you are revering everything you are and have done, not negating anything. You want to bring everything you have to the table and then just make choices.

The way dance is commonly practiced limits it from more people becoming involved. We don’t have to do that anymore.

Jane Hawley designed the Movement Fundamentals curriculum in the fall of 2001 at Luther College Theatre/Dance department in Decorah, Iowa. Jane has presented the Movement Fundamentals at the National Dance Educators Organization conference in 2002 and 2010, Motus Humanus: Laban Institute of Movement Analysis conference in 2006, and The International Association for Dance, Medicine and Science conference in 2009. Dance Magazine featured Jane and the dance program of Luther College in the 2009 May issue of Lifetime Learners, a supplement to Dance Magazine and Dance Teacher. Jane recently spent a sabbatical researching and teaching in Ireland and Germany.