In the soft light of her living room, it seemed as though Melissa was in the process of unloading and emptying, like a sea creature who has toured the oceans and returns to its depths to process the meaning of the endless tides. Each of her limbs seemed to be filled with warm weight, like tentacles textured with the knowledge of children at the beach, ships lost at sea, and lovers staring out across the blue abyss. There is something to be said for experience, but there is equally something to be said for letting those experiences resonate and distill. Melissa’s dance held both. 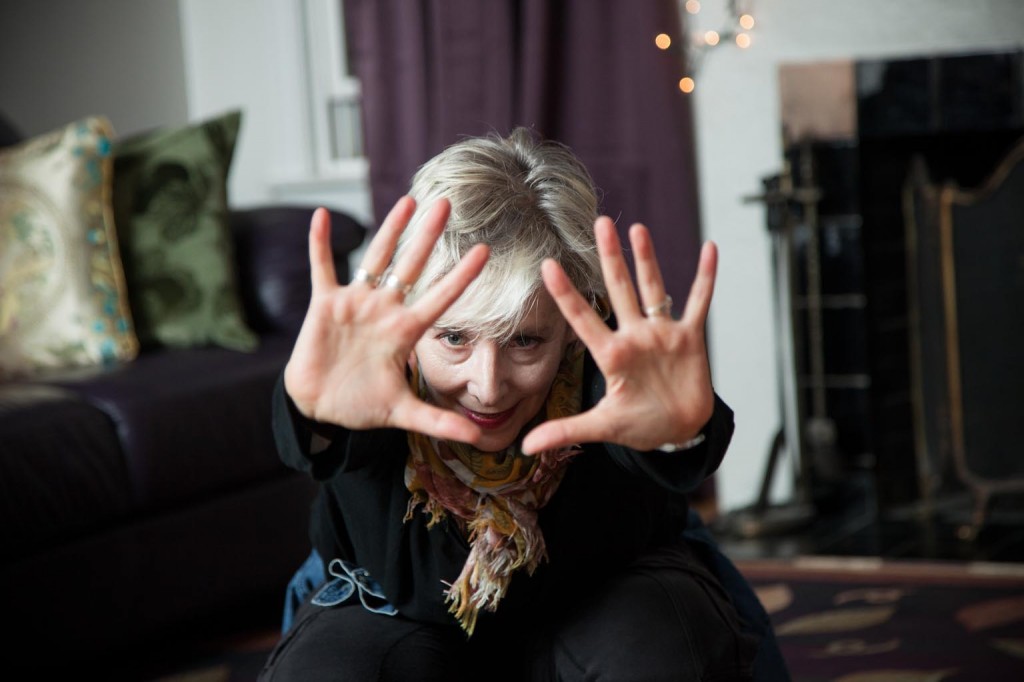 I started dancing late. My sister was supposed to be the dancer. I was introverted and shy. When you’re shy, you’re a watcher. I would watch my sister and it seemed she flew. My dad was an architect and he built this big house with lots of windows but no curtains. It was like a massive window display. When nobody was around, I would put on the turntable and choreograph in the window stage.

I went to see the movie Sweet Charity featuring Shirley MacLaine and was deeply moved. Shortly thereafter my sister suggested I audition for Sweet Charity at the community theater. I ended up locking myself in the bathroom because I was so afraid. My sister talked me out of the bathroom and we did a little number together. I don’t know what happened, but something took over. It didn’t feel like me doing it. The choreographer took an immediate liking to me, so I started studying with her. She was a jazz dancer from New York and was one of the leads in the show. Her name was Jennifer Rittenour. I was a freshman in high school at the time. Dance kind of chose me. 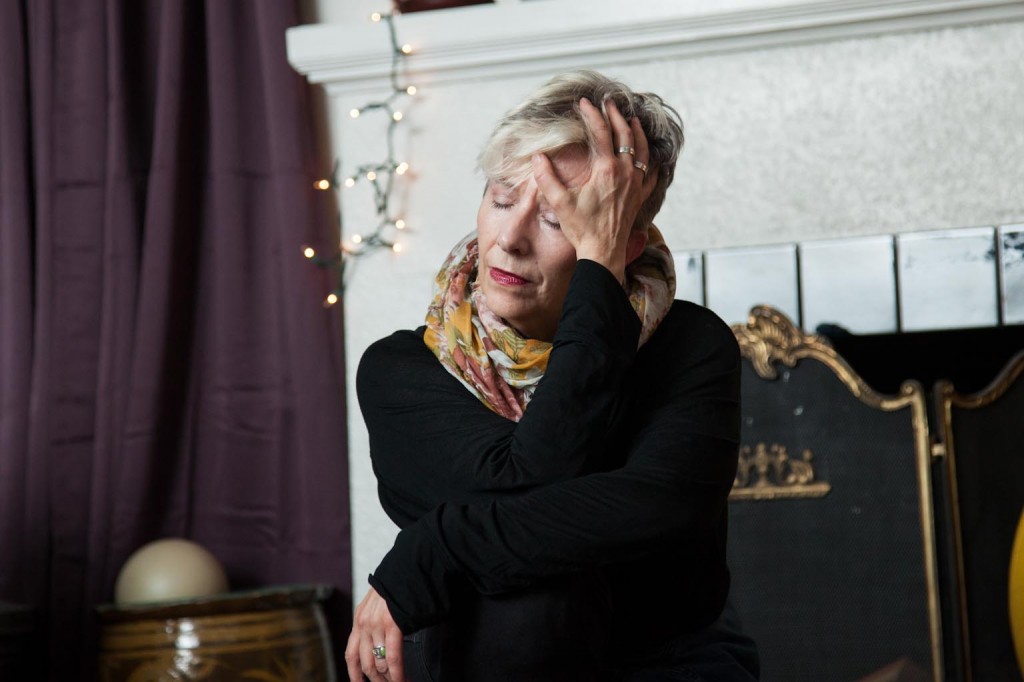 I went to Portland State to be an art major, but took dance classes with Nancy Matschek and Cathy Evelshin. I started with musical theater and went into modern and contemporary. I lost my financial support because I kept doing dance classes when it wasn’t my major, so I went to visit my sister in California. She was at the United States International School of Performing Arts, which had dance, acting and musical theater. I decided to stay and take classes, but it was under the radar and I was found out. So I did professional dinner theater for a while instead.

From there I went to Utah and studied with Ririe-Woodbury and Repertoire Dance Theater. Then I came back to Portland and started teaching at Oregon Ballet Theater. I taught, performed and started to do my own shows. During that time, I did a stint touring around Alaska with Perseverance Theatre. And then somewhere along the line I started teaching modern dance at Jefferson High School. 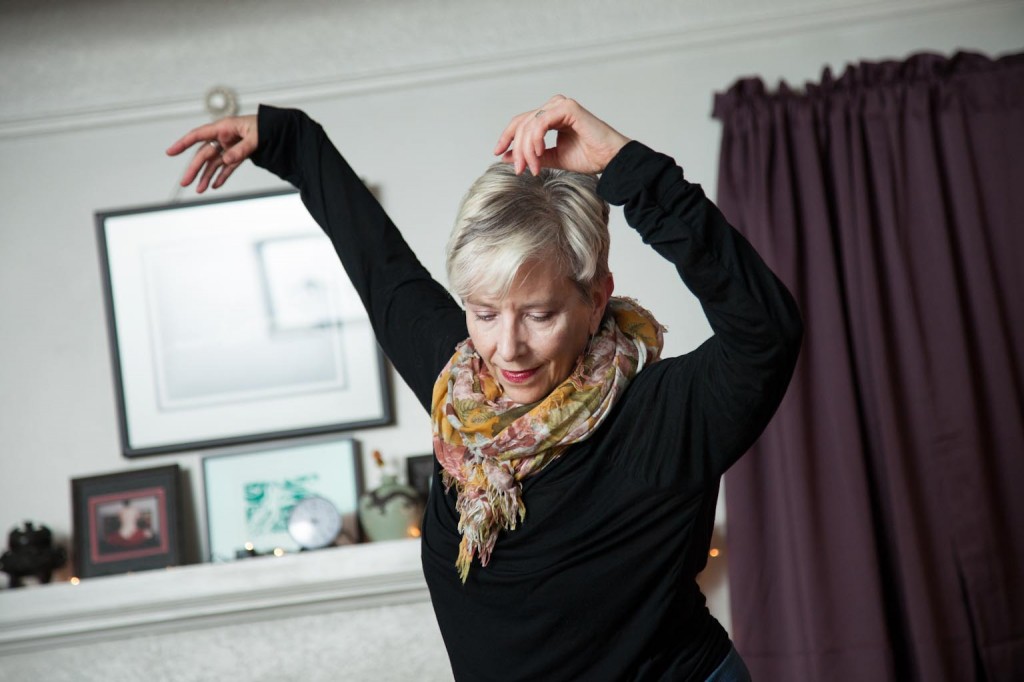 I’ve been a gypsy and made my own way, following my nose. Roads opened up and my desire to keep growing made me learn.

I taught modern dance at Jefferson High School for 27 years. Finally, I hit a wall and my body hurt. I felt like I had never graduated from high school because I was doing the same thing day in and day out. I kept trying make it interesting and help myself grow. The thing that was always beautiful were the young dancers. Beautiful inside and out. My last class was very emotional. I told them I didn’t know what was wrong with me, but I needed to leave in order to grow. So I took a leap of faith and left. 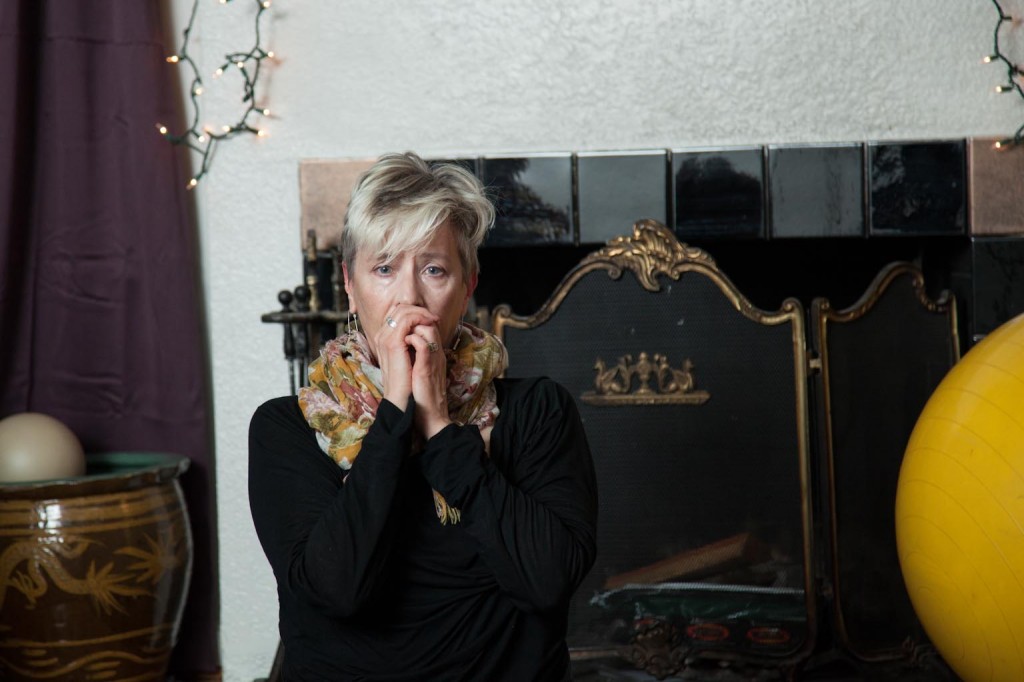 I’ve spent about a year not telling my body what to do but listening to my body telling me what to do. It moves slower. I have to be gracious with myself. It’s a humbling experience to grow older and still have a passion for dance and movement.

My practice is very meditative. I’ll do yoga, improvisation and somatics. When you teach, you only do one side sometimes, you stop cold in the middle of something, you yak a lot and yell a lot, and all those things go into your body. Now I’m this oyster shell slowly opening back up, and I’m curious what will happen. The body speaks. 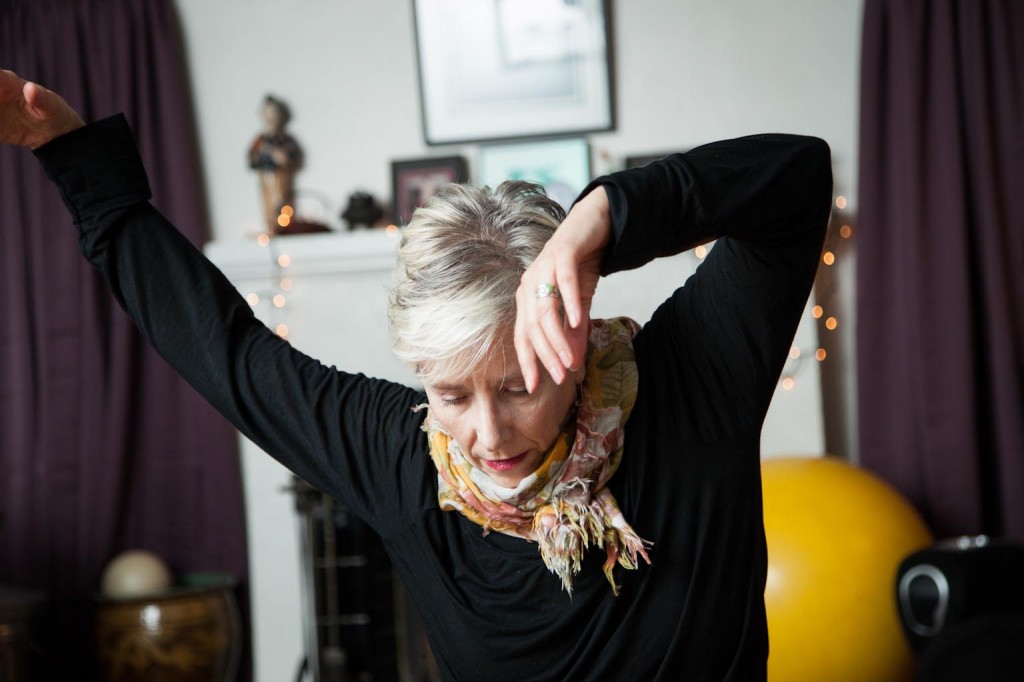 How have your reasons for dancing changed over time?

As a child, I felt I didn’t have a voice. But when I danced or performed, something larger took over me. I felt empowered even though it scared me. It still does.

Now, dance has to do with healing and finding my voice again. I want to see if it still has richness for myself as opposed to an audience. And if it has the ability to capture, embrace and share, then so be it. But it’s a journey again. I feel like I’m going the long route back home. 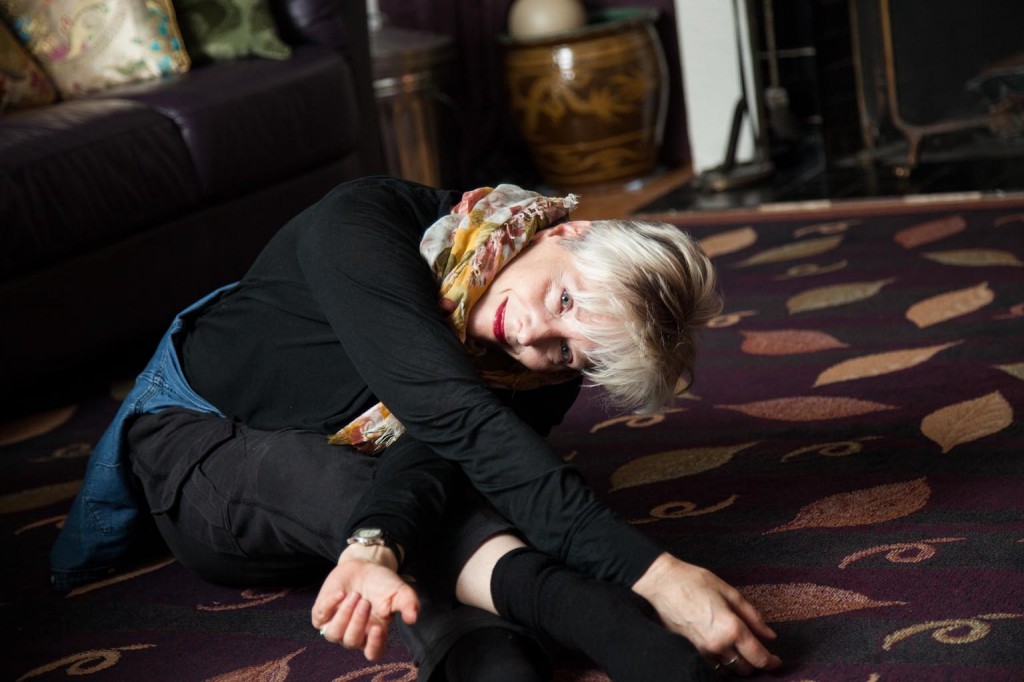 What does your idea of success mean? Do you feel like you’ve achieved some measure of success?

I used to think I had to prove something – to myself more than anything.

I think success is a crazy word. I feel I’ve had a life well-lived. I think I’m pretty successful when I get to wake up in the morning and do what I love to do. I’m still teaching. I’m still reaching young people, helping them to facilitate their own vessel by giving them the courage to step up and step out. Dance is about courage. 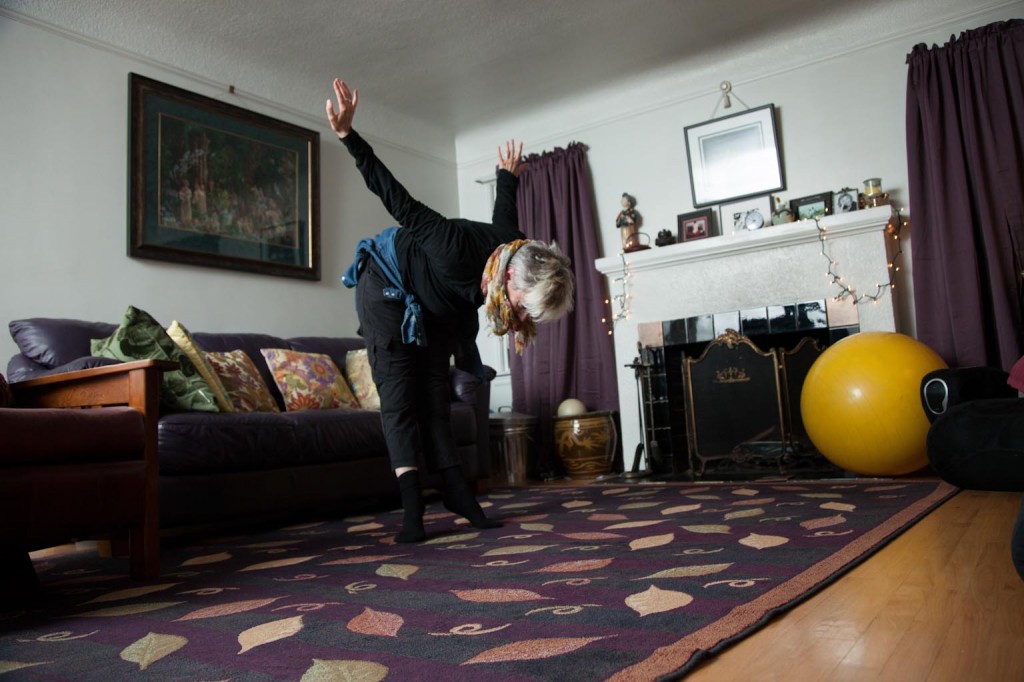 I just feel blessed to have worked with so many amazing young dancers. They’ve told me to keep on going, and I’ve told them to keep on going. To me, seeing young people being creative and testing the waters and finding their roots… I think that’s it. If you’re doing what you love to do, even if you have to do another gig, it feeds you, and then something will come along and take you in the next direction. If anything, I’m a facilitator and supporter, and if I have done that I am grateful.

I don’t know if I will be performing a lot, but I don’t think performance is dance. That’s a young mentality. I think dance is how I pick up my glass. I see women who have never taken a dance class but can float their hips back and forth all the way down the street, and it’s dance. It’s the gesture of life.

Don’t be so hard on yourself. Cut yourself some slack. Be gentle. Have fun. Grow. 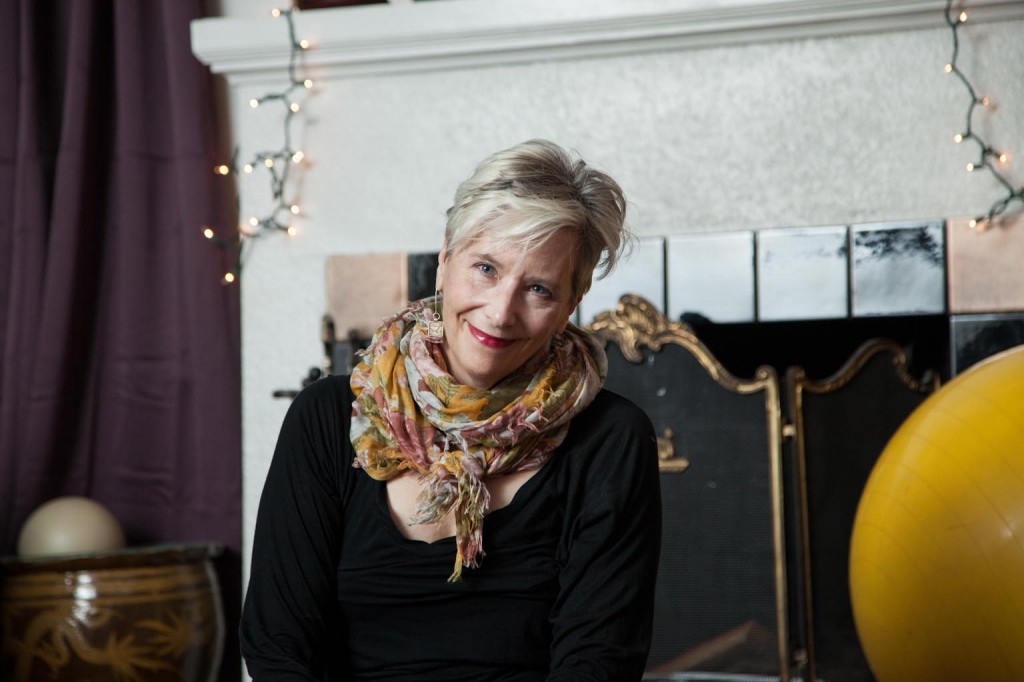 3 Responses to “The Gesture of Life: An Interview with Melissa St. Clair”