Linda’s eyes shone with the faintest outline of tears by the end of her interview. As she moved into her dance, those tears morphed into a certain movement quality: soft, tender, sensitive and yet still practical and utilitarian. She had trekked the long road of balancing artistic integrity with the demands of keeping her non-profit and studio running. She hadn’t necessarily come out ahead, but no one can say she hadn’t prevailed. 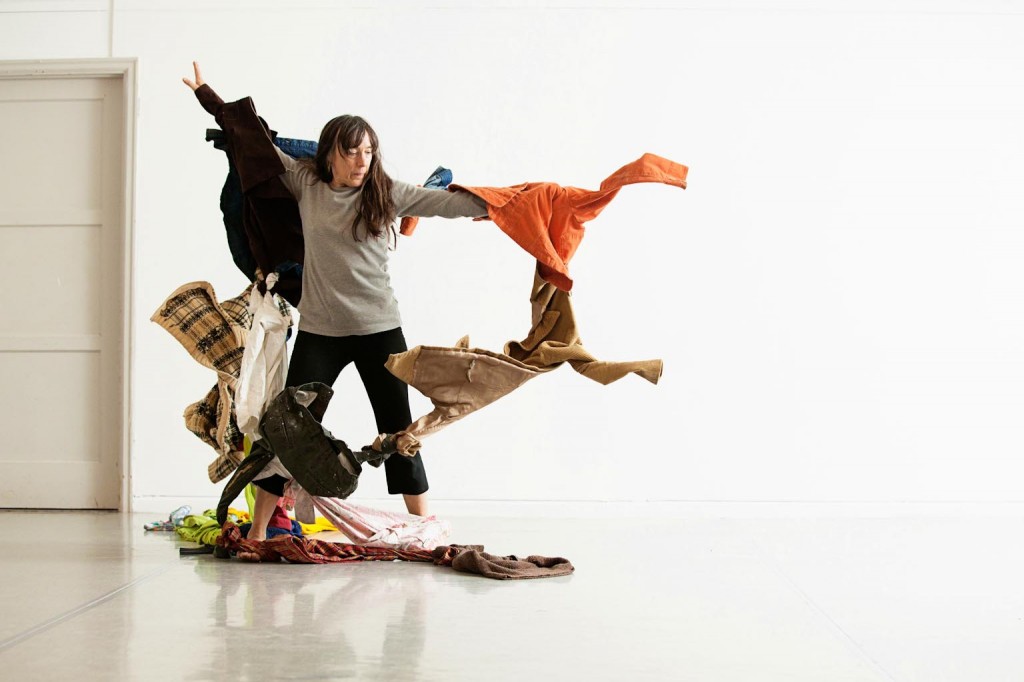 I started dancing late. I got into theater in high school, and in college I was a theater major. That was where I was exposed to experimental Jerzy Grotowski exercises and other non-verbal physical training. It was my first experience getting into my body in a conscious and intentional way.

I didn’t start dancing until my mid-20s. When I moved to New York after college, I started taking workshops. There was a whole trend in the downtown dance scene of using relatively untrained movers, or “non-dancers.” Very quickly, people started asking me to be in their work. A friend of mine who was curating a performance of people who had never made their own work before invited me to make a piece. I continued to be in other people’s work, especially in the 1980s in New York, but since the 1990s I’ve mostly been doing my own thing. 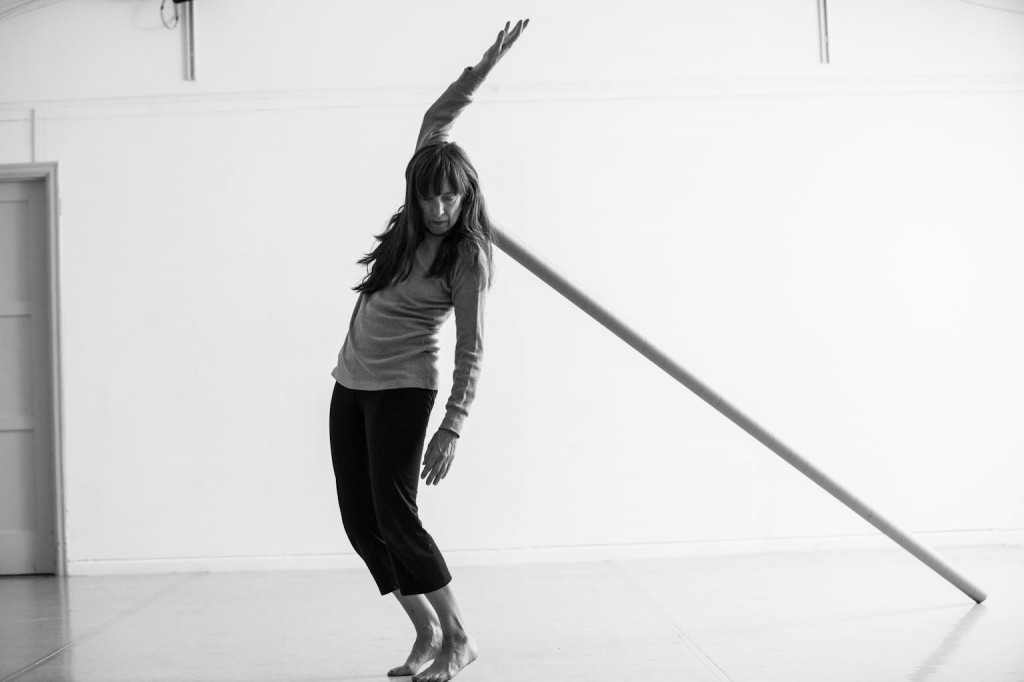 In 1997, I was back in Portland visiting family when I met an old college friend with whom I’d been on lighting crew. We started cross-country dating and I ended up getting married and selling my apartment in New York. There’s a whole story about my apartment. I bought it for $2,000 in the East Village in 1978 and sold it for $90,000 in 1998. I used the money as a down payment on my own live/work space. I had a piece of real estate in New York, and if I sold it and took that money to Portland I could have a studio.

The neighborhood seemed far from downtown, but the price was right and the set-up was perfect. It was a plain Protestant church built in the 1940s. The last congregation was Romanian Orthodox, so the inside was decorated with the Stations of the Cross. We still have one pew left in my office. The church had a kitchen and office space, and another little room that became our apartment. 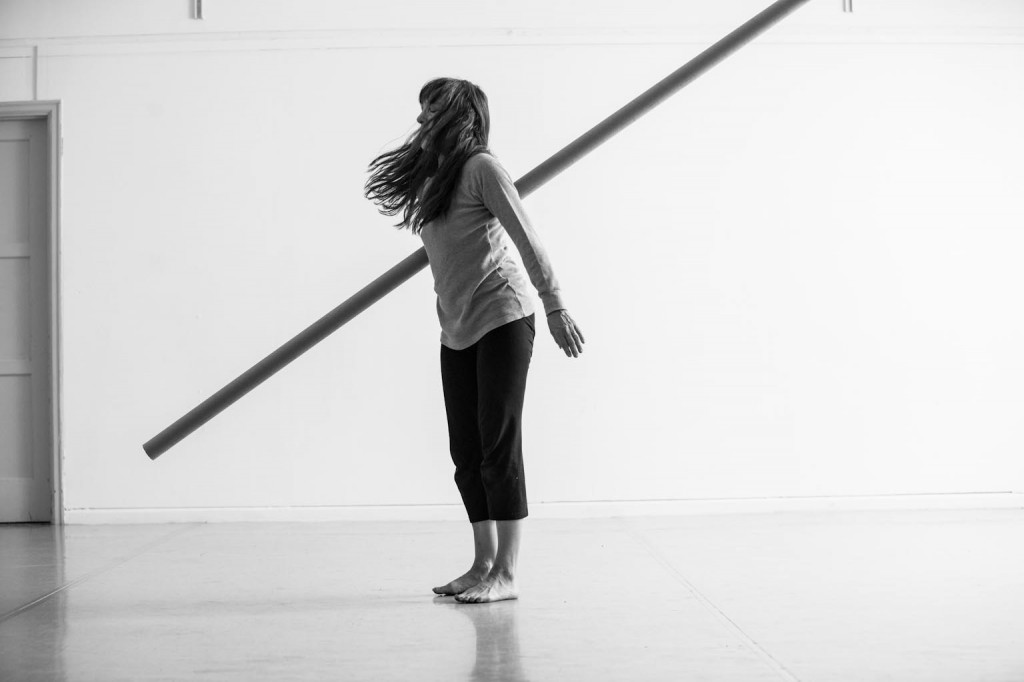 It’s kind of sporadic. Sometimes I’m in the thick of a project, but there’s also down time when I’m not doing anything. Because I run a non-profit, teach English as a second language (ESL) part-time, and have my own practice as an artist, it’s a hard balance. I recently received a $20,000 fellowship. The fellowship circulates among the disciplines so I couldn’t apply every year. This was my third time applying in 10 years, and lo and behold I got it.

I most often dance in my own work. In my last big project I was the only mover; I collaborated with a sculptor and composer. I haven’t had as much time recently, but I’m hoping this year to get started on another long-term project. 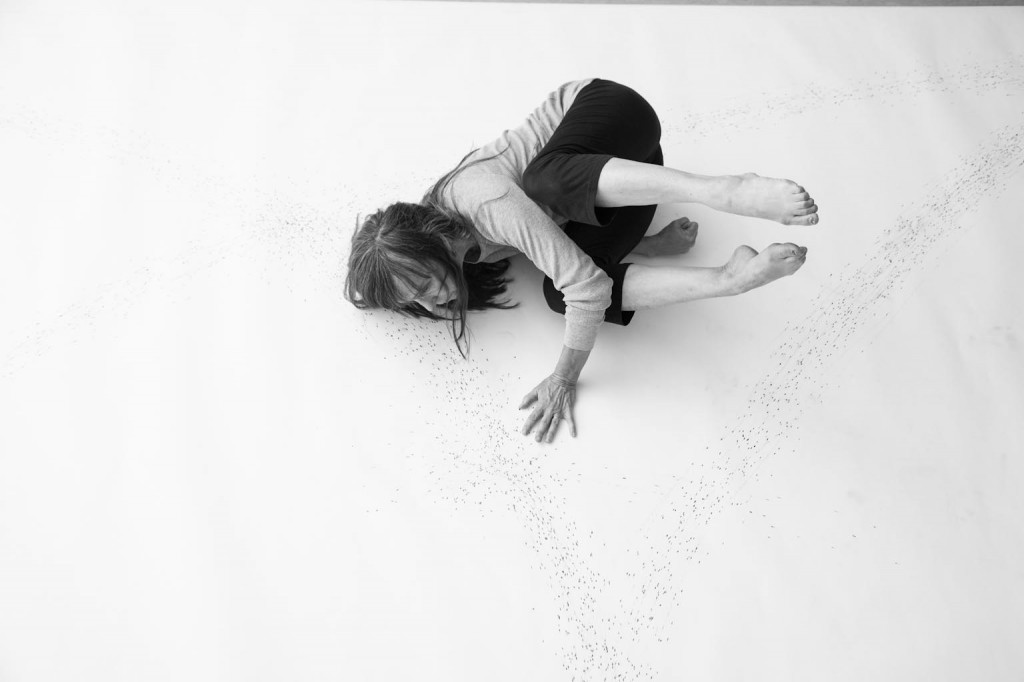 My reasons are basically the same… can that be? It makes me feel like I haven’t matured. Part of it is just the physical need to move. I like dance because nowadays it can be anything. It can include text or visual. One could say the same thing about theater or performance art, but I choose the umbrella of dance.

I fell into dance without ever saying as a child, “I’m going to be a choreographer.” I thought I was going to be a teacher or writer. But sitting at a desk with pen and paper (or at a computer) is harder for me than messing around in the studio. 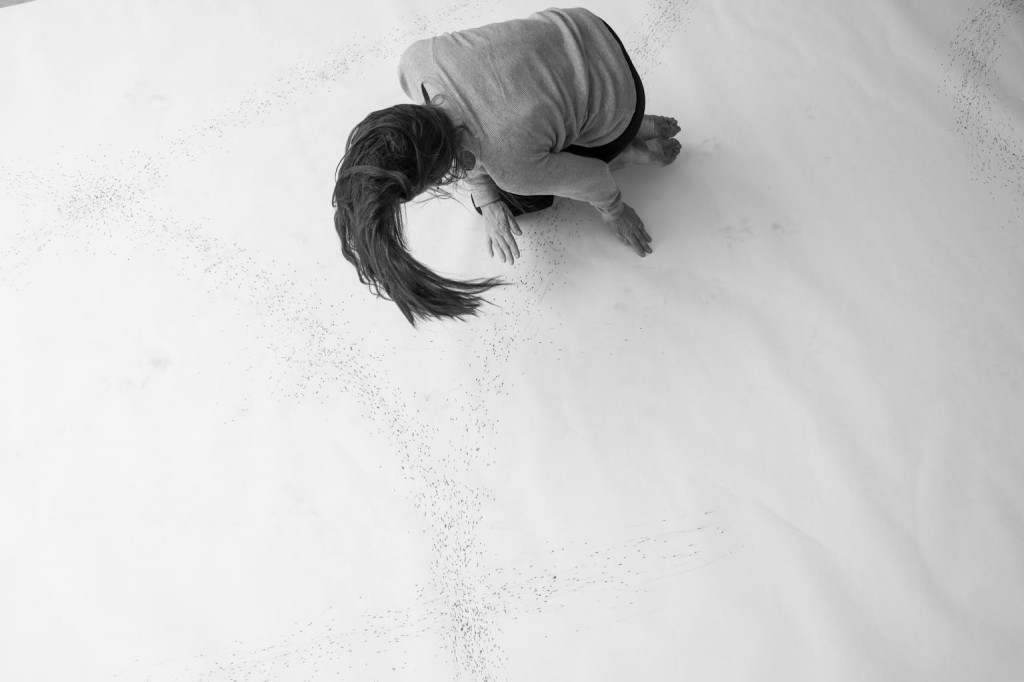 I wish I were one of those wise people who could define success on their own terms. Like most, I’m influenced by the outside markers of success. Those outside markers come with money that enables me to do what I want. When I get an award like the one I just got, it feels like a validation, and it makes possible what I’m doing on a practical level. We’ve all subsidized our art-making with other sources of income or been uncompensated. But I feel like I’ve been successful in creating the lifestyle I wanted. It’s a mixture of luck, timing and willingness. My willingness to buy my apartment in a dangerous neighborhood at the time in New York is what made it possible later to come to Portland and buy my space.

In Portland terms, my influence (the word legacy goes perhaps too far into the future) has opened up possibilities for people, either by setting an example or through providing series and salons. Right now, I’m focusing more on giving people residencies, so the space keeps adapting to both my own needs and what I perceive are the needs of the community. 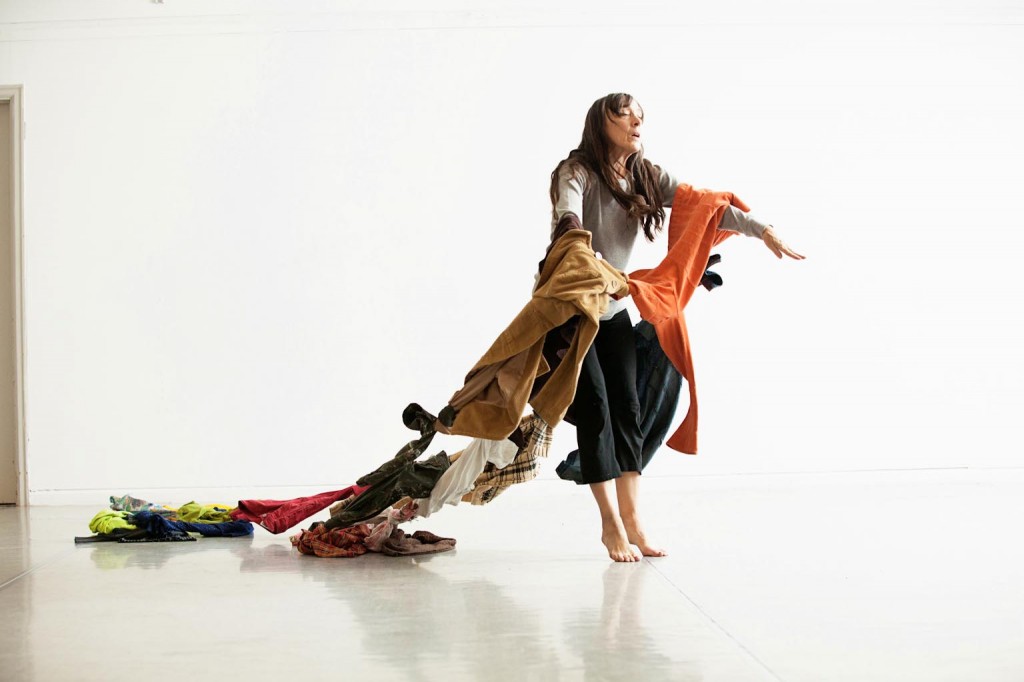 Will you continue to dance into the foreseeable future?

I don’t know. I turned 60 last January, and I thought my days as a performer might be numbered. It was a feeling of urgency. But who knows?

The gap is widening between the age of me and my dancers. In my last ensemble piece, I was trying to have a span of ages from 20 to my age, and I really had to search for somebody older than 35. People tend to drop out of the art form, or are making their own careers and no longer dance in other people’s work. 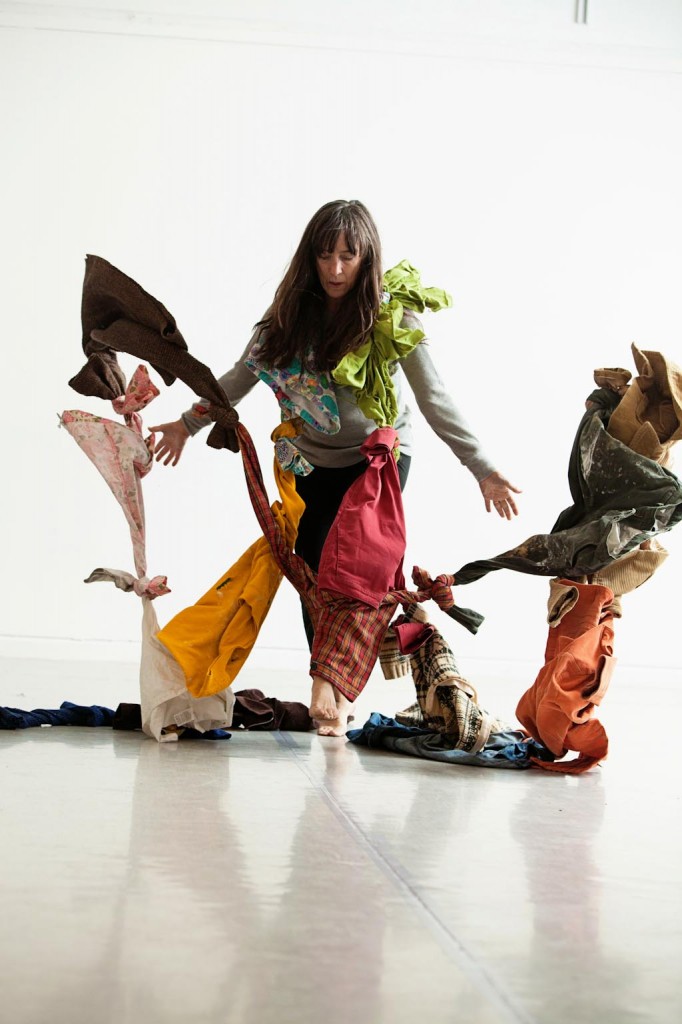 In hindsight, maybe ignorance is better than if you know what you’re getting yourself into. My first gig was handed to me in a beautiful space and I had a professional lighting designer. I thought in two years I’d be at BAM [the Brooklyn Academy of Music]. There seemed to be steps, or levels. But then those steps didn’t happen, and I am just stubborn so I kept going.

One piece of advice would be to keep your overhead low so you can take chances on things that don’t seem realistic. If you are stubborn enough and love it enough, you’ll find a way to keep going. You do need some outside validation from time to time. I’ve always gotten just enough to keep me going but not enough to make me comfortable. The carrot is always just ahead. 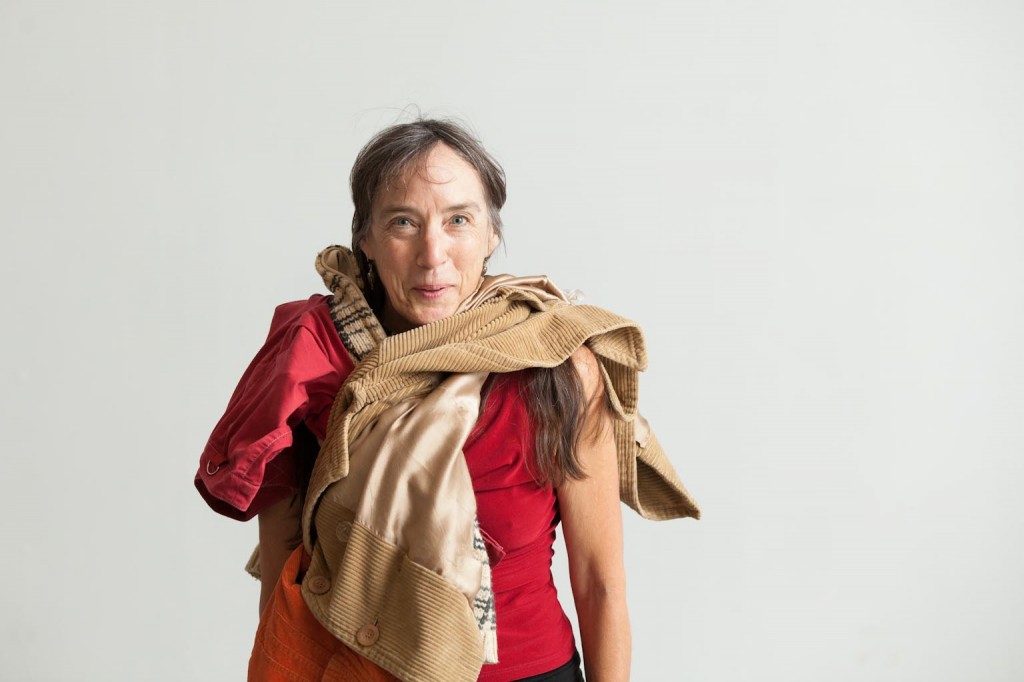 Linda Austin is co-founder and director of Performance Works Northwest in Portland, Oregon. With a background in theater, Linda began making performance and dance in 1983, and has presented at Performance Space 122, the Danspace Project, the Kitchen and Movement Research at Judson Church. In 1998, Linda moved to Portland, bought a small church which became her studio and, with lighting designer and husband Jeff Forbes, founded the performing arts non-profit Performance Works Northwest.